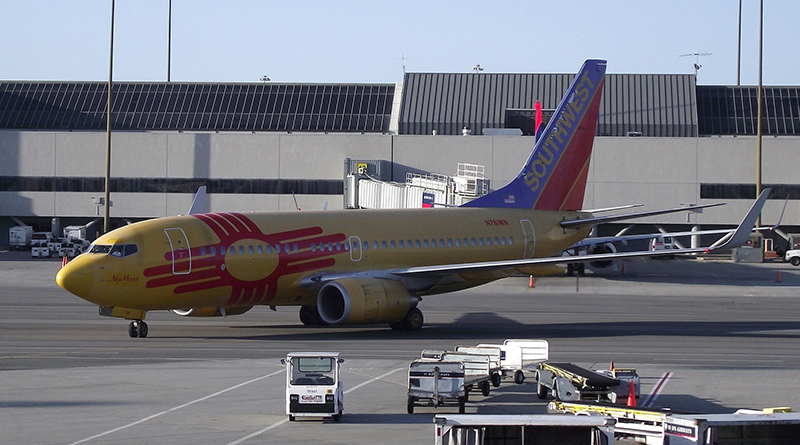 When Southwest Airlines cancels Cameron Rostron’s flight, it can’t be rescheduled for several days. So when she asks Southwest Airlines to fix the problem by rerouting the duo, she assumes it will be free. But it isn’t.  Now she wants to know why the airline has ignored all of her requests for a refund.

I have a big problem with Southwest Airlines. Last month, my child and I had tickets to fly home from Philadelphia to Kansas City. The flight was canceled about six hours prior to departure. I contacted customer service and was told that there would not be another flight available for at least 48 hours.

To avoid missing work, I asked if there were any flights leaving sooner from other airports. We were switched to a flight from Baltimore-Washington International Airport to Kansas City, leaving late that night. We took a train to Baltimore and were able to get home on that flight.

I can’t believe that Southwest insisted on charging me $557 to be able to switch to a flight from another airport so that we could get home without delay.

I’d like to get a refund or credit for the $557. I’ve sent a request to their customer service via their website, and got back a generic response that said “sorry you had a bad experience, we’ll give you a $150 voucher.” I sent another message to them to say that is insufficient, but they have not responded. Can you help? — Cameron Rostron, Kansas City, Mo.

When I read your complaint and noted that Southwest was involved, I was sure that this could easily be resolved. Our advocacy team knows Southwest to be quite consumer-friendly. So I wondered why the airline had ignored your complaint.

Then I read your emails to Southwest Airlines.

In your emails to me, you were polite and cordial. But in your emails to Southwest Airlines, you (and your husband) put on your lawyer hat and made legal threats that were unnecessary. You set a tone that did not engender a spirit of cooperation.

“Eventually this will become a lawsuit, if necessary,” you told me. “I’m a corporate lawyer, and my husband is a law professor. He teaches people how to bring this kind of case. He’s chomping at the bit to turn it over to counsel experienced with litigating class action claims against Southwest. He’s willing to go to any lengths with this, just to prove a point.”

I didn’t think that was necessary.

Your case underscores the importance of beginning any attempt at a resolution in an amicable manner. Start on the ground floor and assume the company will help.

Most problems that we see can be resolved without any legal intervention. And making threats of a potential lawsuit or copying the legal department, always backfires for the consumer. And that’s true even if you are a lawyer.

Why? Because most companies have the same standard protocol concerning letters containing legal threats. Those types of complaints are sent to the legal department to await the consumer’s next legal move. In other words, by writing such a letter you escalate your case beyond where any regular employee can help.

Southwest is one of the most customer-friendly airlines that we know of and your request was completely reasonable. You should not have to pay a change fee and a fare differential when your flight is canceled and you accept a reroute. This problem should have been quickly fixed.

Someone at Southwest made a not-so-customer-friendly decision — a mistake — in handling your case. Southwest shouldn’t have charged you $557 to send you home to an alternative airport. This change caused you to incur the additional cost of a train ticket to get to Baltimore to be able to fly home.

But, as I pointed out to you, the next mistake was yours.

After your first email to a Southwest customer service did not result in your desired outcome, you and your husband went straight to Southwest’s general counsel instead of a Southwest executive contact as we list on our site. You also did not follow our tips for writing an effective self-advocacy letter.

Your email to Southwest pointed out that both you and your husband are lawyers and that you could easily take this case to court. I found your letters to be polite but unnecessarily adversarial. The letter from your husband began:

Ladies and Gentlemen,
I am writing to give you notice of a legal issue that has arisen. I want to give you a fair chance to resolve it appropriately before I take further action on it.

Not surprisingly, Southwest did not respond.

We see time and again that threats of legal action have the exact opposite effect that the consumer is hoping for in these situations.

I contacted the company on your behalf and Southwest Airlines quickly resolved your problem. Our executive contact agreed that you should not have been charged for the “privilege” of getting home through an alternative airport.

You received your requested refund and are pleased with this outcome.

Remember, in the future, save the big guns as a last resort. You had a company on your side that’s known for friendly customer service — no big guns needed here.