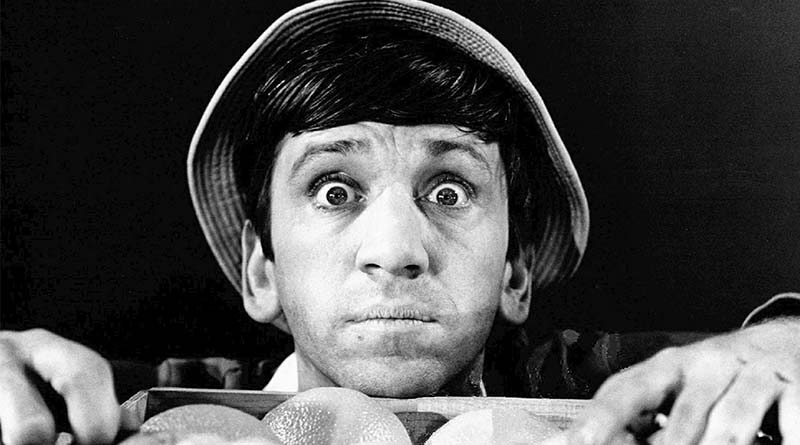 Shahina Zaremba arrives with her husband on a little-known, remote South Pacific island anticipating a week of relaxation and lots of surfing. Now that she’s home, she has a long list of complaints and wants a full refund for her vacation nightmare. But is that a reasonable request?

We went on a vacation for my husband’s 50th birthday. We chose this vacation solely on the marketing materials and conversations with the employees of Pegasus Lodges.

But I think the company misrepresented everything. There was no potable water and when we came home, we became ill. The “resort” was actually a family’s home. We knew it had a shared bathroom, but we didn’t know it was the only bathroom, shared with the entire village!

I would have never chosen this vacation if I had known there wasn’t safe, filtered water to drink. We definitely wouldn’t have chosen this place to celebrate my husband’s birthday!

Pegasus promised filtered water. There was none. They promised fruit every day at any time we would like — there wasn’t any. They promised a fully stocked bar — no bar whatsoever. No electricity after dusk, and the heat was unbearable at times. We flew to this island, and when the plane left there was no way of turning around and going back home until the next week. We were stuck and so we tried to make the best of a bad situation.

It wasn’t a resort in any way. Additional guests not from our party were also staying there. We had to share the one bathroom and shower with those additional guests. The entire experience was not as Pegasus described or presented it to be. We want a full reimbursement. Can you help us? Shahina Zaremba, Rancho Palos Verdes, Calif.

No potable water for one entire week?

As I read your complaint, I wondered if this were true, how you were still alive to tell your tale.

We’ll get to how you were able to survive in a moment. But first, let’s go back to where this vacation misadventure began. 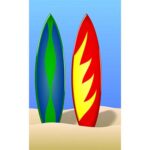 You and your husband were looking for someplace unique to spend his big 5-0 birthday celebration. Almost a year in advance you had homed in on Fanning Island, a tiny South Pacific atoll whose claim to fame is its appearance in the ending titles of the television show Gilligan’s Island. The New York Times referred to it as “on the verge” — in 2003. It would appear that since that time, the island hasn’t quite lived up to the prediction of an up-and-coming tourist destination.

This is likely because transportation is difficult for anyone hoping to visit the island. Flights to Fanning are extremely limited.

However, Pegasus Lodges is aiming to recreate Fanning Island as an adventure tourism spot. You told me that after you reviewed all of the information from the Pegasus website and spoke at length with various representatives, you and your husband chose this isolated destination as the place to celebrate.

A vacation nightmare or a misaligned vacation expectation?

Based on my research, I had a hunch that your vacation nightmare was a result of a misaligned expectation of your destination.

It was clear from your emails that your expectations were not in line with the location. The website for the Fanning Island Lodge doesn’t claim it’s a resort. And it definitely isn’t. There are no resorts on Fanning. Take a look at the TripAdvisor information about the island, and you’ll see what I mean.

The Fanning Island Lodge describes itself as rustic. In fact, the photos of the Fanning Lodge accommodations show small wooden huts — no bathroom included. The description reads:

Each unit is constructed almost entirely of drift-wood timber and other materials collected on the island, and each features a bed protected by mosquito nets.

Comfortable, yet very simple, the rooms at A la Belle Etoile are the perfect metaphor for what a visit to Fanning Island should be: an unforgettable immersion into another world.

And since one of your complaints was that people could see and enter your room at will (which some small local children did), it was clear to me why. It appears that the slats creating the walls are not flush against each other. It’s easy to see inside. Privacy does not appear to be possible in these huts.

What does the contract say?

But since this information is all visible from the website, I asked you to show me what you were promised and how your experience deviated from that contract.

You told me that you thought the website had changed since you had originally booked your vacation. But you didn’t have anything in writing that would lead me to believe that Pegasus misled you.

It’s not unusual for our advocacy team to receive a complaint about a nightmare vacation. However, if a guest completes the scheduled trip, our team will not typically take the case. We always recommend that guests take photos and leave if the accommodations are completely unacceptable.

But your situation was unique because Fanning is so isolated. Once your private plane dropped you off, there was no way to leave the island for a full week.

“Unless I tried to swim away,” you told me.

Because your complaint involved a health and safety issue (no “potable” water), I decided to contact Pegasus Lodges.

I spoke to the owner, who initially was quite irritated with your complaint and my contact. He said that you had enjoyed your vacation and never complained during the entire week. His father was there and recorded no complaints from you. In fact, he said you seemed to be having a very nice time. And if a guest demanded to leave they could arrange transportation from the island, but you didn’t ask for that consideration.

Most importantly, The Fanning Lodge has a well that provides perfectly safe drinking water, he told me.

He said once you returned home you began a letter-writing campaign and demanded a full refund. Since he had always dealt with your husband in all the preplanning, your dissatisfaction surprised and then angered him.

The owner told me that your husband knew exactly where you two were heading: a beautiful, unspoiled paradise with rustic accommodations.

Further, he clarified that Pegasus did not promise bottled water. And that your illness did not develop until you arrived home. So he questioned the connection to the water at Fanning.

The tension between you and the owner had grown so enormously over the preceding months that I felt rather certain that this case would end in the Case Dismissed file. You wanted a full refund, and the owner wasn’t budging. And he told me that he would defend himself and his side of this case in court if needed.

However, I’m not easily deterred, so I decided to approach the situation in a different way. I spoke to the owner again and this time we had a very nice conversation. I asked what he thought went wrong.

Your vacation nightmare is his dream

The owner told me that he believes that you had a misunderstanding as to where you were staying. And he felt bad because he really loves Fanning Island and he wants others to fall in love with Fanning as well. He certainly never wants any guest to feel they’ve been plunged into a vacation nightmare.

He explained that Pegasus intends to build a new property on the island. For the time being, Fanning Lodge is the preferred accommodation and is exactly as advertised. And, by the way, the bathroom is not for the “entire village.”

He said that the travelers who come to Fanning are typically adventure seekers who love to surf, snorkel and fish in an unpopulated and noncommercial location. And he can provide a long list of positive reviews from travelers who have vacationed on Fanning Island with Pegasus.

I asked if he would consider any kind of refund or credit. And he surprised me with a resolution that I believe far exceeds anything that you should have expected in this situation.

Pegasus Lodges manages a group of properties around the world. Based on what he now knows about you and your traveling style, he believes that you would be more suited for Pinnacles on Telo in Indonesia. 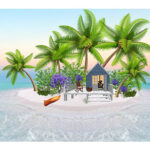 Pinnacles is a private island retreat with an all-inclusive meal plan that he knows will meet your standards. And while the only amenities at Fanning Lodge are “mosquito nets” and “communal dining,” the amenities at Pinnacles are lavish. He has offered you and your husband a complimentary one-week stay.

You agreed that this offer is quite generous and you quickly accepted. So you’ll soon be packing up your surfboards and heading to Indonesia to celebrate your husband’s birthday in a very different way.