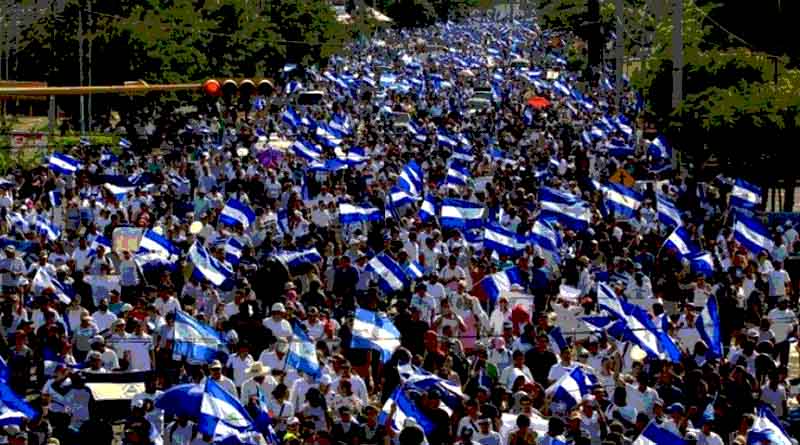 Nicaragua is in a deadly crisis. But Gregory Green planned his family’s summer vacation there months before the turmoil began. When he receives a rejection of his Spirit Airlines refund request, he turns to the Elliott Advocacy team. Can we help?

Hello! We have a scheduled flight for my family to Nicaragua from July 18 to 25 for a family reunion. Currently, Nicaragua is in a deadly crisis. I can’t take my family there for a vacation now. I have a real safety concern for my family.

At the time of this email, over 140 people have been killed in protests — including a U.S. citizen. U.S State Department has Nicaragua listed as a level 3 warning. I’m not risking my family to take this trip until the situation is under control. Obviously, the time frame for the end of the current Nicaragua crisis is unknown.

At this point, our Spirit Airlines refund has been rejected because the flight is still scheduled. Spirit says I can reschedule, but it will cost me $360 to change the flights. Spirit will not waive the change fee.

We would love just to go somewhere else. I am requesting your assistance in resolving this matter. We would like a Spirit airlines refund or a waiver of the change fees. Thank you in advance. Gregory Green, Homestead, Fla.

Of course, you can’t take your family on vacation to Nicaragua at this time. The country is currently in what amounts to a civil war.

The current Nicaragua crisis began in mid-April when President Daniel Ortega, proposed social security reforms. These new policies would place a heavy financial burden on the people of what is already the most impoverished nation in all of Central America. And Ortega’s constituents weren’t pleased.

Widespread protests began immediately after the announcement of the proposed reforms. Initially, the events were peaceful. But the situation quickly intensified when police snipers fired on the crowds who were, for the most part, college students. Dozens of people were killed, including a 15-year old.

From there the violence escalated on both sides. As more citizens perished in the ongoing protests, Vice President Rosario Murillo, who happens to be Ortega’s wife, fueled the ire of her people by calling them “criminals” and “vampires.” These statements propelled the protests into high gear.

Unfortunately, for the citizens of this embattled nation, there are no indications that this crisis in Nicaragua will end soon.

Suddenly Nicaragua is in a deadly crisis

In March when you scheduled your summer family reunion, you saw no signs of the impending Nicaragua crisis. In fact, you had visited the Department of State’s website, as we always suggest travelers do before planning any international vacation.  No significant warnings appeared for Nicaragua.

However, after days of violent protests, the state department issued a level 3 warning for travel to Nicaragua.

Rallies and demonstrations are widespread and occur daily with little notice. In many instances the government responds using tear gas, pepper spray, rubber bullets, and live ammunition, leading to significant numbers of deaths and injuries. Looting, vandalism, and acts of arson often occur during unrest, including in tourist areas. The perpetrators are often government-controlled thugs in civilian clothing, sometimes using vehicles without license plates. Government authorities detain protesters, and some people have disappeared. Human rights groups have documented credible claims of torture of detainees.

This warning went on to advise that all travelers should reconsider any plans to visit the embattled nation.

And you certainly did reconsider your family’s vacation. You weren’t about to risk the safety of your family and attempt this trip. And who could blame you?

You asked for a Spirit Airlines refund or a waiver of the change fees. But the airline informed you that its flights to Nicaragua were still operating as scheduled. You could change your flights, by paying a $90 modification fee per ticket.

Will Spirit Airlines refund this trip?

When I read your request for help, I hoped that I could help get your summer vacation back on track. Of course, not to Nicaragua, but to a safer destination.

Although you had followed most of our travel planning advice, one significant error remained. You neglected to insure your trip. A sudden, dramatic shift in the safety of a destination would likely qualify for a claim on a good trip insurance policy. But because you didn’t purchase any travel protection you were at the mercy of Spirit Airlines to provide you with a goodwill gesture. Or pay the $360 Spirit Airlines modification fee.

Your situation called to mind a somewhat similar problem our advocacy team tackled last year. In that case, though, Jorge Taborda made a more glaring error in his travel planning. Not only did he fail to insure his trip, but he also booked a family vacation to Venezuela — a country embroiled in turmoil for years. With widespread famine, violence and political unrest affecting almost all of Venezuela, it’s certainly not a vacation destination.

At some point, a friend tipped Taborda off to the dangerous trip he had planned for his family. And he contacted the Elliott Advocacy team with a plea for help. Because he had two small children scheduled for this ill-advised trip, I took the case. American Airlines granted a goodwill gesture and the family was able to vacation in a more suitable destination.

The good news for you

Knowing that Spirit Airlines is always more than fair to the passengers who contact us (including last week’s saga of Alla Machavariane who missed her Spirit Airlines connection while daydreaming at the gate), I felt confident that your case could be favorably resolved. I reached out to our executive contact at Spirit Airlines and his team quickly agreed that you had a reasonable request. Unlike Taborda’s case, there was no advance warning of the current dangerous chaos in Nicaragua.

Spirit Airlines agreed to waive the $90 modification fees on your tickets. You are now busily planning an alternative summer trip for your family. And I hope that the awful situation in Nicaragua will soon subside.