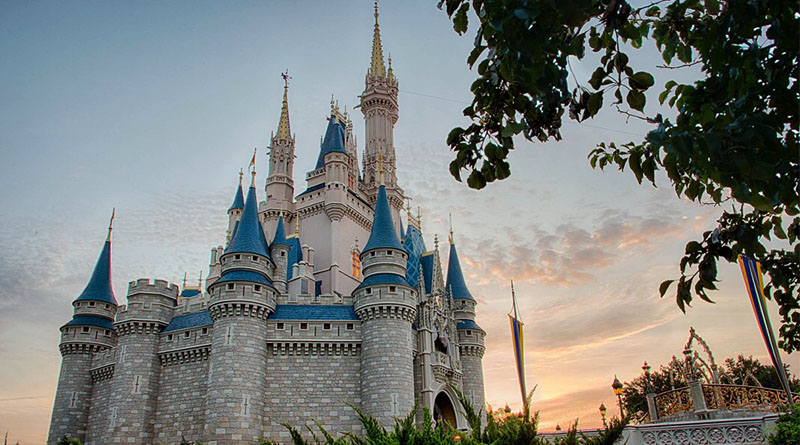 While planning a trip to Disney World, Kathie O’Neill sees a great offer on Travelocity for Park Hopper Disney tickets. She buys them, but immediately changes her mind and wants a refund. Can she get one?

I’m hoping you might be able to help me resolve a dispute with Travelocity. I purchased 4-Day Disney Park Hopper tickets for seven people through Travelocity. The cost was $3,280.

Later that day, I asked Travelocity if the tickets could be canceled. I was told that they were non-refundable. The next day, I couldn’t get the link to work to download the tickets. I emailed customer service and I got an automated response that they would respond within 48 hours.

I called Travelocity and I was told that they had been having trouble sending a working link and that I would be refunded the full price.

When the refund never came, I enlisted the help of my bank to resolve it. They couldn’t help. Can you get my $3,300 back? Kathie O’Neill, Moseley, Va.

As I read through your complaint, several problems stood out to me, and I was not at all confident that this was a case that would end with your money being returned.

The most serious problem? You had already lost a chargeback. Your credit card company had sided with Travelocity over these Disney tickets.

We rarely see cases end positively for a consumer when a chargeback has already failed.

A chargeback case is the bank’s investigation into the validity of your complaint. It takes into consideration your statement, the company’s and any supporting documents.

At the conclusion of the investigation, your credit card company gives its official decision. If the company involved “wins” the chargeback, it follows that it would have no motivation to reopen your complaint for a consumer advocate.

When I looked further into your paper trail, it was easy to see why you lost your chargeback case. You had no written proof to support your claim that you were unable to print out these tickets or that Travelocity had offered you a refund.

And strangely, your husband did not mention an inability to download the Disney tickets on his chargeback complaint.

In its final word on your case, your bank confirmed that you would be recharged for these (now worthless) tickets.

You told me that you and your family had traveled to Disney World but had purchased new tickets directly through Disney.

What happened with these Disney tickets?

Your case had me a bit puzzled, and I felt that some part of the story was missing. I decided to go to Travelocity to see if they could help fill in some of the blanks.

Our contact at Travelocity explained that you did purchase these tickets, and then on the same day, asked if you could cancel. You were told that it was not possible — these tickets are clearly identified as non-refundable and non-exchangeable. And they are only valid on the specific dates that you entered during the transaction.

As an aside, there doesn’t appear to be any real benefit to use Travelocity (or any other third party site) to purchase Disney tickets. In most cases, the tickets aren’t cheaper (or are only minimally cheaper) than the tickets that can be purchased directly through Disney; they also include a $10 per ticket service fee and are only valid on the specific dates that you select.

A refund for these Disney tickets?

On your timeline of events, the day after your purchase, you say that Travelocity offered you a refund because you were unable to print your Disney tickets. On Travelocity’s timeline, there is no such interaction, and the next time that the company heard from you was during the chargeback investigation — which was initiated four weeks after the tickets had already expired.

It looked like your story was quickly heading toward the case dismissed file.

I asked our Travelocity contact if he was sure that there was never any complaint from you about the non-working link for these tickets. He told me that he would go back to his team and take one more look.

And then a surprising thing happened. An executive Travelocity team member contacted the Disney company and asked if an exception could be made and your tickets refunded — since you did go to Disney and bought other tickets through Disney for the same week.

The (mostly) good news about your Disney tickets

The answer was yes — Disney was willing to make an exception this time.

And just as you were about to celebrate, a new wrench was thrown into your problem.

Because your husband had initiated a chargeback and then appealed, the money was not in Travelocity’s possession. Your bank had not yet returned it to the company. Once the bank returned the money to Travelocity, it processed your refund.

You are ecstatic about this resolution, and I am happy to have been able to help. But it is important to point out that neither Travelocity nor Disney was under any obligation to refund these Disney tickets. You got very lucky.

Remember to read the fine print!

As consumers, it is critical to read all the fine (and large) print associated with your online purchases and make sure you agree to all of it before you complete the transaction.

And if there is a problem after payment, you must make sure that you document all the steps that are taken to attempt to resolve the problem — written correspondence with the company is a necessity. This is especially true when you are dealing with high-value items (like expensive Disney tickets!).

As your (lost) chargeback case proved, when you have no written documentation on your side, your money could easily be lost forever. And losing $3,300 while planning a trip to “The Most Magical Place on Earth” is no fun at all.