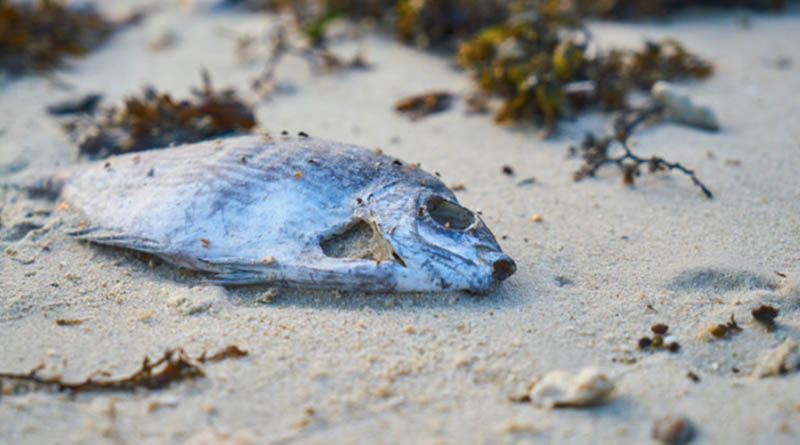 Some of our cases get relegated to the Case Dismissed file simply because of the attitude of the consumer. Bonnie Lym’s Airbnb refund request was almost one of them.

I reserved an Airbnb listing for one month in Chile. After I made the reservation, the owner of this Airbnb rental revealed to me that her house was next to a fuel tank storage area and an industrial sand extraction site.

I immediately contacted Airbnb customer service to cancel the reservation based on safety concerns. I expected a full refund from Airbnb. They told me that their website gives the general location of the house and that I should have known.

I don’t have the computer knowledge to take a map from Airbnb and then search for a satellite image of the location. Airbnb has refused to refund my money citing its policy for long-term rental cancellations — no refunds.

Airbnb’s long-term rental cancellation policy has been described to me as anti-consumer and illegal. Can you convince Airbnb to refund my money? — Bonnie Lym, International Falls, Minn.

I’m not an attorney, but as far as I know, there is nothing illegal in Airbnb’s long-term rental cancellation policy. The company has a team of lawyers to make sure. So I had to look for another route to your Airbnb refund. And I asked you for a paper trail.

During your initial inquiry, you disagreed with me, so you ended our time together and told me that you would be seeking an attorney to go after Airbnb in a “big way.”

Two months later when these efforts did not produce your desired outcome, you sent another request to the Elliott Advocacy team to ask for help. You now appeared willing to do it our way.

If you want a refund from Airbnb, you have to use the resolution center

I asked you again for the paper trail between you and Airbnb.

You need all the conversations with Airbnb? They don’t put anything in writing and will only talk to me if I call them. Then they tell me they will get back to me and they don’t. How am I supposed to document that?

Having advocated many cases with Airbnb, this sounded highly unusual to me.

But you had not utilized the resolution center. From what I could gather you had entrusted your nephew to handle many of your resolution attempts — and this was a bad idea. He ignored the instructions in the Airbnb Resolution center and approached the company and the owner in such a way that the results were entirely predictable.

When I asked you for the listing, you seemed to be reluctant to give me the link. But when you finally did, I saw “your” review of this property. It was wholly ill-advised and bordered on slander. Worse, it didn’t help your case at all:

After I made the reservation, the owner told me that the house is located next to four fuel tanks and that the water in the house is unsafe to drink. We told her to cancel. She refused and is trying to steal our money.

We never stayed at the house — not even one night — because of contaminated water — and Airbnb will not talk to us about a refund. I will never use Airbnb again for not providing any customer service and trying to take our money.

We will never stay with Airbnb again. This is illegal. The owner is going to be sued for all her money if she does not refund our money. We have already hired a lawyer.

The owner responded that she had never told you anything about contaminated water and that this review was utterly false.

You admitted that your nephew had written and posted this review — with your permission.

Threats and accusations won’t lead to a refund

Threatening a lawsuit, accusing Airbnb of illegal activity, and claiming that an owner told you that her own home was contaminated, was a  poor way to try to force a refund from Airbnb or the owner.

Why? Because the contract was on their side; you had no facts to support your claims. Any cancellation and refund that you would be asking for would be a goodwill gesture. The general location of the house is visible on the Airbnb listing. You were free to check out the entire surrounding area before you agreed to a long-term rental at this property.

It wasn’t clear to me how “two fuel tanks” on an adjacent property, across the street, could cause you to cancel the entire reservation without any further investigation. And you admitted that the owner did not tell you that her water was contaminated.

When I didn’t quite see things your way, you then turned your anger at me. You accused me of not being an honest advocate and that I must use Airbnb myself. You pondered how you could have ended up with such an advocate.

As I explained to you, when I approach companies, I need facts, not conjecture. The opinion and review of your nephew was not evidence that I could present to Airbnb to support your refund request.

But not deterred by your insults, I continued on with your case. And I was curious about those two “fuel tanks.”

Your satellite image provided just a small sliver of what appeared to be one, possibly two tanks of something across the street. You really weren’t sure what they were, but it was enough for you to abort your plans for your stay at this home.

The location of this Airbnb rental is shocking

I took the GPS coordinates of this home and zoomed out on Google Maps. And what I discovered shocked even you and fueled your feelings (and ignited mine) that you were owed a full refund for this reservation — despite your unpleasant tactics.

When I zoomed out, I discovered that this home is directly across the street from one of the largest petroleum companies in Chile. Those two fuel tanks that you detected on your small satellite image are just part of a giant operation.

And when I did a Google search, I discovered many articles about this plant. The news wasn’t good. It appears that the locals have been complaining for some time about this operation contaminating the local water and shellfish farms.

Although your nephew knew nothing about this, his suggestions about the water may have been accurate. But, of course, we have no proof.

Airbnb will refund your stay

With this information in hand, I contacted Airbnb on your behalf. I pointed out that you are a senior citizen who had allowed your nephew to make a misguided attempt at helping you and that you had not followed any of the steps to a resolution as noted on the Airbnb website. But I asked the executive resolution team if they might be able to overlook all of that because I thought you had a valid complaint.

I included the screenshot of the satellite image of the home and the petroleum plant. And I also linked our Airbnb contacts to one of the articles about the complaints from residents about the plant.

And soon Airbnb also saw the light about your case.

Airbnb agreed to refund your money and confirmed that the owner will now be required to include information about the proximity of this petroleum plant to her home on her listing.

You are quite pleased with this outcome and have apologized for the lack of etiquette on the part of your nephew. He will no longer be handling your Airbnb account — you told me that you will learn how to use the app yourself.

And even though we had our tough moments, I am happy to have helped. Teaching consumers how to make concise, fact-based complaints and getting positive resolutions is exactly why we are here.