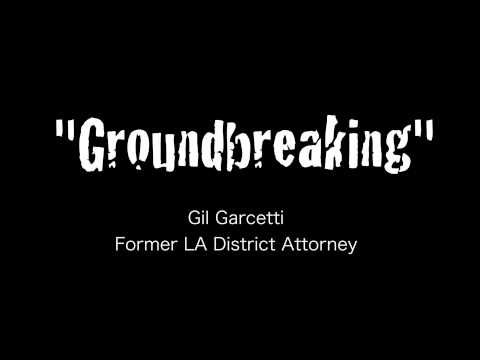 If you haven’t Googled a flight itinerary recently, you should try it.

Google’s Flight Search, the fledgling search engine that lets you find a ticket and book it directly through an airline, is getting better. Much better.

In recent weeks, the new service has quietly expanded the number of U.S. cities it covers. (It won’t say how many destinations are being served, except that the number has doubled.) Google has also integrated flight searches into its authoritative search results, making them easier to find and use.

When I wrote about Flight Search in the fall, it was widely regarded as a work in progress. But that work is progressing at a speedy clip. You might even say that it’s flying. “Our goal here is to develop the best possible user experience,” says Sean Carlson, a spokesman for Google.

But for whom is the upgraded Flight Search better? For customers like you and me? In the short term, yes. We get to find cheap flights through its slick and blazing-fast search engine, which is powered by recently acquired ITA Software.

For Google? Of course. A more functional site means more bookings, although the company declines to say how many tickets it has sold through this new flights interface.

For the rest of the travel industry, and particularly online travel agencies such as Expedia, Orbitz and Travelocity? Maybe not.

Those online agencies want to sell their tickets through Flight Search, and although Google says discussions about including the big three agencies are “ongoing,” no agreement has been reached. Google describes these discussions as a good-faith dialogue, but some think that the online agencies aren’t a part of Google’s business plan and will never be included. Buy a ticket through Flight Search, and you’re taken straight to an airline Web site, although Google says that it’s displaying search results from online agencies on a “test” basis under some results.

Think this has no bearing on how you travel? If only.

This little squabble is a sign of a much bigger challenge down the road — one that led Google’s farsighted rivals to fight hard, but unsuccessfully, to block Google’s ITA purchase.

The problem isn’t the Flight Search of today, an emerging competitor to the big three online agencies. It’s what Flight Search could be in a year or two.

Look around at other Google products. If you need to find something online, your first choice is Google’s dominant search engine. Often, it’s your only choice. If you’re looking for a sleek, intuitive e-mail service, it’s Gmail. A place for online video? Google’s YouTube. For easy online ads? AdSense by Google.

We live in a Google world. Google holds more than a 70 percent market share among online search engines. Gmail is one of the most popular e-mail services and certainly the easiest to use. Sites such as YouTube and AdSense don’t have any meaningful competition.

To suggest that Google isn’t in travel to do anything less than dominate in the same way would be naive.

So what’s the problem? Isn’t the current system — with travel agents facilitating the purchase — inefficient and in need of a smarter approach? Possibly.

But there may be such a thing as too smart.

It isn’t difficult to imagine Google controlling most online travel purchases in the not-too-distant future. And until recently, I didn’t have an issue with that; after all, if Google can offer cheaper tickets or better flight options by cutting out the middleman, who cares?

And then, one recent Sunday afternoon, I posted a trailer for my new book, Scammed: How to Save Your Money and Find Better Service in a World of Schemes, Swindles, and Shady Deals on YouTube. Within a few minutes, the video was deleted — erroneously tagged as spam by Google. (With a title like “Scammed,” that’s an easy mistake to make.) But then YouTube pulled my entire channel down without notice. And then my Gmail account went dark. Within a few minutes, my entire digital life had been suspended.

I managed to restore my e-mail account the same day, but my YouTube channel remained offline for three days, even though I made repeated attempts to persuade Google to review the arbitrary takedown. Google eventually restored my account, but only after I contacted it in an official capacity. The company apologized for the deletion but would not offer an explanation for its actions on the record, citing its policy of not discussing individual cases.

I learned an important lesson about how important Google is to my everyday life. I can’t function without it. There’s no viable alternative to many of its services.

I can’t imagine this breathtaking dominance escaping the attention of regulators much longer. But if it does — if Google takes over travel — there could be serious and long-lasting consequences that could harm consumers and businesses. Imagine what might happen to an airline or hotel company that disagrees with the way Google prices its products when it holds a commanding market share in travel? It could be cut off from millions of customers with a single keystroke.

What if Google knocks off one or two online travel agencies, or a company such as Kayak, which searches multiple sites for flights? Where do we go when our only viable option is Google? What would happen to innovation when one company controls so much?

“Consumers would pay higher prices for airfares and other products and services as a result of Google coming to dominate the online travel market,” predicts Ben Hammer, a spokesman for FairSearch, a coalition of travel companies that compete with Google.

Do we really want to live in that world?