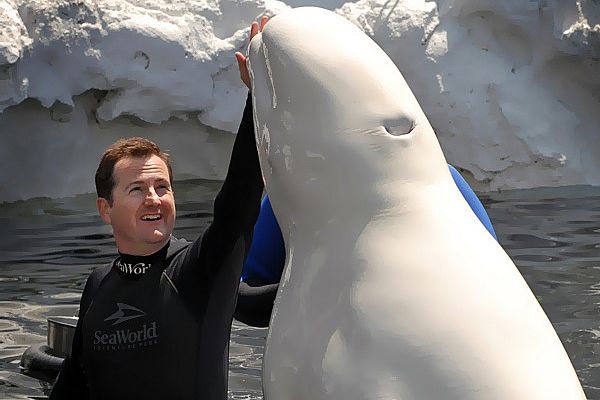 Robert Niles is the founder and editor of Theme Park Insider, a Web site for theme park vacations. He’s a former Walt Disney World attractions host, trainer and lead and has worked as a staff writer, editor and Web site producer at the Los Angeles Times and the Rocky Mountain News. I asked him to share his summer theme park tips.

Q: What are some of the best theme park deals available now?

Niles: I think Universal Orlando’s got the best vacation deals going. You can get seven days at their two theme parks for just $99. And if you stay at one of their three on-site hotels, you get unlimited front of the line access on almost all of their theme park rides and shows.

I tried this deal for the first time last summer, and it changed the way I thought about theme parks. Having the ability to come and go as you please, with no thought about how crowded the park was at a given hour, made it the most relaxing and enjoyable theme park trip I’d ever taken. Universal’s also discounting those three hotels this year, too, with room-night discounts up to 40 percent.

For day trips, I’m hearing many of our readers rave about Holiday World, an amusement park in the delightfully names Santa Claus, Ind. It’s about an hour west of Louisville. The park what might be the best collection of wooden roller coasters in the country, and one-day tickets are just $36 online. But the best part is… the park offers unlimited free soft drinks and sunscreen. I think that’s the most creative deal I’ve seen anywhere.

Q: There are a number of new attractions that opened at theme parks this summer. In your opinion, which one is the most impressive — and why? Which one has impressed you the least?

Niles: Our readers voted Manta as the country’s best new attraction this year, with runner-up honors going to Prowler, a new wooden roller coaster at Worlds of Fun in Kansas City.

Manta’s a “flying coaster” from Swiss designers Bolliger & Mabilliard, the best in the business right now at building coasters. Hard-core coaster fans rave about the back rows, where you’ll much stronger G-forces than in the front. But even coaster novices love the coaster’s smooth ride and great waiting area – and underwater cavern filled with all kinds of marine life.

I’m also a big fan of Universal Hollywood’s Creature from the Black Lagoon show and I know that many fans are eagerly awaiting Universal Florida’s upcoming Hollywood Rip Ride and Rockit coaster, where riders will be able to choose their own on-ride music. Unfortunately, that ride was supposed to debut this spring, but it remains MIA as of early July. That makes it this year’s least impressive showing, so far.

Q: You offer reader reviews on your Web site. Is there anything about the write-ups that have surprised you, in terms of what people like and dislike?

Niles: It’s amazing to discover the variety of theme park fans out there — there are people at one extreme who just stick with anything Disney, and folks at the other who just love roller coasters and nothing else. You might think that theme park fans would be a friendly lot — and for the most part, they are — but some fan groups from various parks will just rip on fans from other parks if you give ’em the chance.

The Cedar Point vs. Six Flags Holy War knows few bounds. Sometimes, it’s fun to let folks engage in a little flame war, but many fans just fail to see the difference between a Heartline Roll and an Immelman. Those are roller coaster geek terms, for those who didn’t know. And before I started the site, I didn’t, either.

Niles: I think the discounts are working… for the parks. People are getting deals and packing the parks almost as much as they did at the height of the bubble economy. But they’re paying less to do that. Also, parks have cut back on their staffing, as well, so many lines are longer than they would have been had the parks kept their staffing at the same levels as they did in the boom years. That makes the parks seem even more crowded than they are, since fewer employees mean fewer ride units, fewer shows, fewer open registers and longer lines. But, hey, the admission’s cheap.

Q: It’s been a while since the last serious accident at a major theme park. Are rides getting safer, or have we just been lucky?

Niles: I think it’s a bit of both… but people and parks can make their own luck. So many of the fatal accidents that we have had have been due to carelessness and ignorance, such as last year’s fatality at Six Flags Over Georgia, where a guy ignored warning signs to cross into a restricted area under a roller coaster and was struck dead. We’ve been aggressive at ThemeParkInsider.com in promoting visitor safety, linking safety tips off all our attraction listing pages. And parks are taking up the call, too. Disney now includes safety tips on its guidemaps.

I think that parks are more aware now of the need for aggressive maintenance on their rides, as well, and they’re shutting down rides when there’s concern about their safety, like Kings Island just did with Son of Beast. Better that than run the things until their breaking point. Years ago, parks could effectively cover up accidents. But with so many of us reporting on them now online, parks have to deal with the negative publicity. That’s a powerful incentive to keep rides running well.

Niles: People will complain about anything, but the one that really gets folks fired up is lack of value. People will endure long lines, brutal temperatures, shocking prices and whatever else you throw at ’em, if they get a great ride or show in the end. But if you don’t deliver that value, people will find sites like ThemeParkInsider.com and complain. Loudly.

A decade ago, folks were all over Disneyland, complaining about a decline in quality and value, but after many management changes at that park, it’s become one of the world’s best again. In fact, our readers just named it the best theme park in our annual awards. I’m not seeing consistent criticism against any one park or chain anymore. Even Six Flags has turned around its customer service. Parks really seem to be responding to online criticisms, and trying to make things right.

Q: In your opinion, what’s the biggest mistake people make when they visit a theme park?

Niles: They show up late in the morning or early afternoon, buy their tickets at the front gate, don’t bother researching any attractions, wear lousy shoes for walking and don’t wear sunscreen. Do these, and I guarantee you will have a miserable time, and complain that the park was no fun. Get there early, select and buy your tickets in advance and know what the popular rides are, so you can hit them first. And don’t forget the sunscreen!

Niles: I adore Disneyland, and visit at least once a month. I wish I could visit Legoland California more often, but it’s a two hour drive from my home in LA, and a bit of a haul. My kids are going to be too old for that park soon, and I will miss visiting it with them, so I need to gut out the drive and get down there more often.

I wish Six Flags Magic Mountain weren’t in Valencia, which turns into a broiler in summer and fall. I used to dread the park because so many rides never worked right, but it has improve substantially on that front over the past two years. But they still haven’t built enough indoor and water rides to combat the brutal sun and heat.