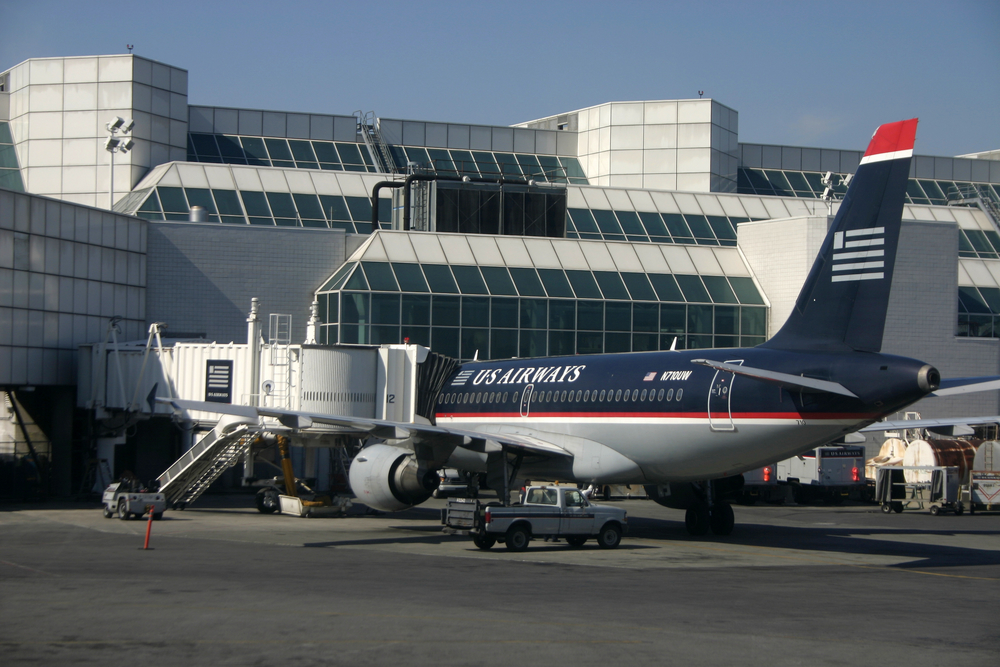 Ronald and Vickie Lopresti want to fly from Philadelphia to Madrid in comfort this May, not in the sardine seats where American Airlines jams passengers in the back of its planes.

They figure they’re entitled to it. The Loprestis have given American a lot of business, and they want to redeem their frequent flier miles for a “free” upgrade on the flight.

But American won’t give them the upgrade. At least, not yet.

“When I booked the flight on American Airlines, I was told that I could get an upgrade but that I had to contact US Airways, since the flight was actually operated by US Airways,” he says. (American and US Airways merged more than a year ago.)

Today’s installment of Should I Take The Case? — a totally unvetted reader question — makes me wonder if I should consider lifting my longstanding ban on mileage cases.

As a reminder, I don’t advocate for people with certain mileage problems because it’s a little bit like going to Vegas, losing at slots, and asking for a refund. When you booked your vacation to Sin City, you knew what you were getting yourself into.

Also, I’ve been trying to steer clear of loyalty program issues since the beginning of the year. (How am I doing?)

And yet, the Loprestis make me wonder if I should do something to help.

Let me hand him the mike:

I have spent hours on the phone to try to get the upgrade only to be told that it was the “other airline” that was responsible.

I called US Airways and they said to contact American since I booked the flight on American.

When I spoke to American, they said that only US Airways could grant the upgrade.

I began this process on Oct. 21 and was told by a US Airways representative that upgrades were available, but not yet, and that I should call back in two months.

Call me naive, but if Lopresti booked a ticket and someone told him he could get an upgrade, they should have given him an upgrade.

By the way, I can’t blame Lopresti for wanting business class. The seats on the Airbus A333 that US Airways uses on flight 740 from Philadelphia to Madrid are lilliputian: 31 inches of seat pitch, 17 inches of width with a 9 degree recline. That’s 10 hours of torture.

“This situation makes no sense to me at all,” he says. “US Airways and American are supposed to be merged.”

True, they are. But apparently, they’re only “merged” if it’s convenient for them. In this case, it isn’t.

After several more exchanges, a representative suggested he wait until the date of his departure to see if a seat was available.

“I really feel that US Airways and American Airlines are giving me the royal runaround just to avoid granting a request that should have been easy,” he says. “To then be told that upgrades can be granted but to wait until check-in or at the airport is ridiculous. If they are available then, why not now?”

The 28 Envoy “sleeper” seats will almost certainly be sold out by the time it’s his turn in line.

He adds, “My wife and I are loyal customers and American and US Airways have been our choice of airlines for many years. We also have both Aadvantage and Dividend Miles credit cards.”

Doesn’t that count for anything?

Not really. I’m no expert on loyalty programs, but I do know that airlines structure their upgrades so that the most valuable customers get first pick of the good seats. If you’re willing to pay the $3,462 for a seat, you can have it. Guaranteed. If you’re a super-elite with American or US Airways, maybe you can confirm your upgrade in advance with systemwide upgrades.

Never mind what a representative told you. It’s what’s in writing that counts.

That bothers me. I mean, here you have someone who gave US Airways his loyalty and believed the promises made by the ads about “free” trips. He swallowed it all — hook, line and sinker — only to find that when he needed a seat, he was bounced between airlines, put on “hold” and told to wait until the day of departure.

Cases like these do absolutely nothing to change my mind about the worthlessness of loyalty programs. US Airways took Lopresti’s money and made him promises it couldn’t be bothered to keep. Now their customer is coming to me for help.