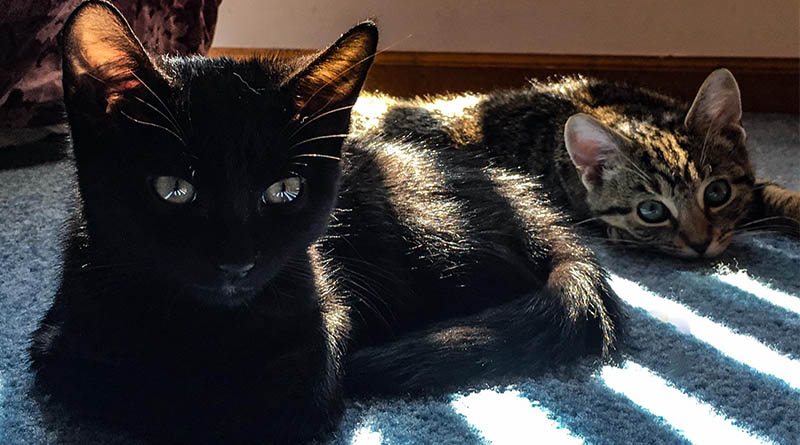 Jennifer Chropkowski sees a fabulous deal on two cases of cat food at Walmart com and places an order. But she only receives two cans. The retail giant promises to correct the problem, but inexplicably sends just two more cans — and a formal letter announcing that Chropkowski is now banned from Walmart. What’s going on here?

I ordered two cases of Hill’s Science Diet cat food in two different flavors. Walmart.com had the best price with free shipping. When my order showed up at our house in a small box, I knew something was wrong because the box didn’t feel heavy. I opened it up, only to find two single cans of cat food inside.

An error in Walmart’s warehouse?

Obviously, this was an error in the warehouse, so I called Walmart.com to get this resolved. The customer service representative was apologetic and they placed a replacement order and told me to keep the two cans of cat food for my inconvenience. The lady told me that she was putting notes in the comments for the warehouse and that I should have the cases of cat food in a few days.

The funny thing is the box had a sticker on it showing it weighed 20 lbs, but the product inside was only a few ounces. For the second time, I called Walmart.com. They credited my order and told me to keep those two cans of cat food too. At that time, Walmart canceled my order and credited my account. And I was fine with this resolution.

The Walmart representative suggested I place my order again in a few days after the warehouse fixed the problem. Then, about a week later I saw the cat food was on sale, so I decided to try again. Unbelievably, my order arrived again in two boxes with only one can of food in each.

For the third time, I called Walmart and explained the situation. The representative told me she would escalate my case. Walmart sent me an email later that day telling me I was at fault for this situation. A few days later, I received a notice that I am banned from Walmart — but just online. Apparently, I am allowed to shop in the store. Can you help me? I did nothing wrong. Jennifer Chropkowski, Algonquin, Ill.

You had planned on receiving 48 cans of cat food on the day of the delivery. And your hungry cats did, too. With just two cans to split among them, it was a disappointment all around.

Reading through your request for help, I understood your initial attempt at letting Walmart try to correct the problem. But when the same two cans of cat food arrived and you decided to try ordering the two cases again — and again — the thought crossed my mind that I might be in the middle of some consumer shenanigans.

And apparently some shenanigan detectors went off at Walmart, too — you soon received word that you were banned from Walmart. The company was kind enough to allow you to continue to shop in its stores but forbade any future purchases at Walmart.com.

That’s when you contacted our advocacy team.

Admittedly, I was slightly suspicious of the rendition of your dogged pursuit of buying those two cases of cat food. But after speaking with you, I was confident that this cat food buying fiasco happened as you described.

Reviewing your paper trail, I could see that three times you had attempted to place an order for the same two cases of cat food. You were at a loss as to how you could prove your case and get unbanned from Walmart.

I suggested that if you still had the boxes with the labels attached this could be just the evidence we needed to prove that you were being falsely accused and unfairly banned from Walmart.

You did photograph the boxes. The pictures that you sent showed one small can of cat food wrapped in bubble tape. It was inside a small box with a 20-pound label attached. Clearly, there was no possible way that two cases of cat food could fit in that box.

With this tangible evidence in support of your side of the story, I turned to the hard part of resolving your case. And that would be to find someone at the mega-company who would be willing to engage in my mediation attempts.

Consumer complaints that involve giant corporations are often the most difficult and tedious cases to resolve. It can take multiple attempts at finding someone within the company who is willing to look at the plight of “the little guy.”

The letter that Walmart sent to you did not give any clue as to the specific misdeed you had committed. And the announcement of your banning was impersonally signed “The Walmart team.”

Unfortunately, this type of anonymous banning of customers seems to be the new thing in the megastore world. Amazon is gaining notoriety for its banning of customers and removal of gift card balances by first-name-only employees. These types of cases fill our Amazon forum. For the most part, when a company takes the drastic step of banning a customer, our advocacy attempts to mediate go unanswered.

Despite my concern that this may be an exercise in futility, I reached out to our executive contact at Walmart. I explained your cat food dilemma and how it had ultimately led to your banishment from Walmart.com. I included your photographic evidence and the suggestion that Walmart had made an error — in the warehouse and in declaring you banned from Walmart.

The next day Walmart sent you some good news. The company confirmed its mistake. And you are now welcome to shop online — but I don’t recommend that you try to buy those two cases of cat food again!