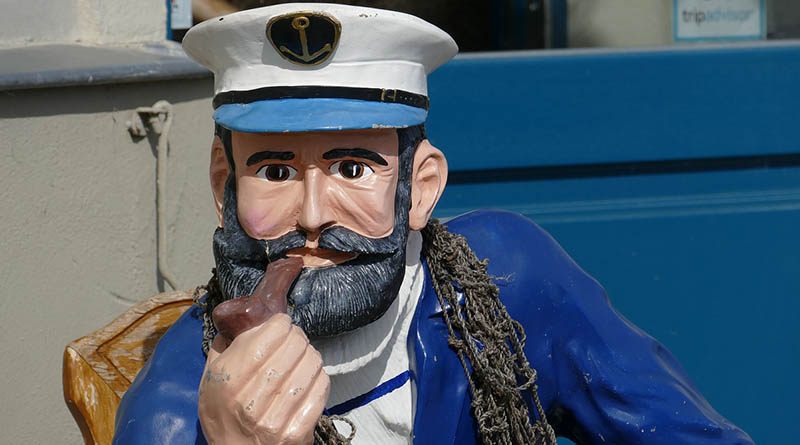 Tim Clark chartered a fishing excursion to celebrate his son’s upcoming wedding. When inclement weather caused the entire trip to be canceled, he expected his $500 deposit to be quickly returned.

The captain had other ideas.

This case serves as a warning to consumers and business owners alike. A contract can protect the financial interests of both sides of this equation. And the absence of any clear terms can lead to misunderstandings, hard feelings and pecuniary uncertainty.

“Why is the captain keeping my deposit?”

“After the trip was canceled, we supplied the owner, John Sowerby, with two alternate dates which he informed us did not work for him,” Clark recalled. “Then he returned $250 and said I was lucky to get that back.”

Lucky? Luck shouldn’t have anything to do with whether Clark’s deposit is refunded or not.

I asked Clark to see his contract for this excursion with Caveman Sportfishing.

And therein lies the problem — there was no contract. Nor were any policies about the deposit communicated to Clark prior to the cancellation.

And he didn’t ask.

“I have no contract. Captain Sowerby told me that my canceled check would serve as my confirmation,” Clark told me. “Nowhere on his website does he state deposits are nonrefundable.”

I scoured the website, and there is no mention of what happens to a deposit if a charter is canceled because of bad weather.

The canceled check was perfect as a confirmation of payment of the deposit. But as an explanation of the terms of that deposit, it was a failure.

The lengthy paper trail between Clark and Sowerby shows that initially the captain was on the fence about returning the deposit.

“Answer these questions in an honest truthful manner so that I believe you at least tried to reschedule and I will give you your money back,” Sowerby wrote. “I just need to know why so many of our customers manage to reschedule and you cannot.”

Sowerby’s terms and conditions for a refund appeared quite fluid.

As the days progressed the emails between these two became more heated.

“Do you get money back at a motel on vacation if the weather is bad?” Sowerby questioned Clark.

Uh, what side of this case was Sowerby arguing? The captain had canceled this charter and it was not available to Clark. If a motel closed for business because of the weather and canceled a guest’s reservation, a refund would certainly be due.

And then Sowerby’s business model became even fuzzier when he announced his final decision on the subject: There would be no further refund.

What information had the captain relied on to determine that Clark was not eligible for the return of his full deposit? He asked his wife, of course.

“I had asked my wife to decide if you should get your deposit back as I have been fishing every day except today,” Sowerby wrote.

I asked Sowerby for an explanation. It took several inquiries, but I finally received a response.

Sowerby told me that he never returns deposits unless the cancellation is because of the mechanical failure of his own boat. Further, he told me that he expected the Clark group to reschedule because every other customer had been able to do so. He found it curious that Clark’s group didn’t even seem interested in rescheduling.

What are the terms that allow the captain to keep his deposit?

When I asked to see the terms, policy or a contract that allowed him to keep the full deposit he responded:

We do not use contracts in our charter business. If a charter has to be canceled due to weather, our practice has always been to reschedule for another available date that works for the charter. We have never had a problem with any other charters in this situation in all the years we have been in business.

I have one of the very best reputations on the Jersey Shore and have hundreds, if not thousands, of customers from over the years who swear by how well our charter business is run. That is why I have been in business longer than any other charter service in South Jersey.

I spent so much time going back and forth with Tim Clark and even refunded half of his deposit just to end this thing. Believe me no other charter boat captain would have done that.

If a company’s rule is not written anywhere and not conveyed to a customer until there is a problem, is it a binding policy?

Most would argue it is not. But Sowerby was unapologetic. He told me no charter companies use any type of contracts.

While that may or may not be true, a quick search of the websites of Sowerby’s charter competitors in Cape May show that most have a “policies” section to address what happens to a deposit in this case. Sowerby’s website does not.

Despite my attempts to appeal to Sowerby’s sense of good customer relations, he stood firm and said that he would not be responding any further — to me or to Clark.

It is unfortunate that Clark did not pay this deposit with a credit card. If he had, he would have been able to use the strength of the Fair Credit Billing Act to have his credit card company fight this battle for him. With no written policy on Sowerby’s side, it is likely that Clark would have come out the victor.

Ultimately, this case may end up in small claims court where a judge — and not the captain’s wife — will decide if Clark is “lucky” to have received just half of his deposit.