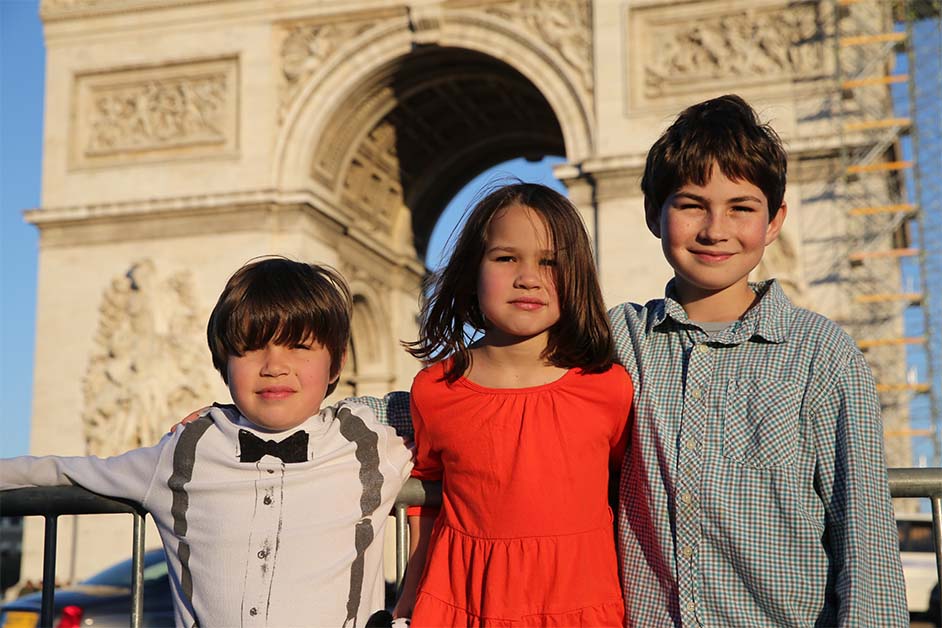 Our return to Paris was all but a sure thing. We had our passports. We’d spent weeks brushing up our French in Duolingo. We were even arguing about the best apartments on HomeAway.

And then life happened.

It wasn’t one thing that sunk our summer plans in Paris. Instead, it was a lot of little things, including some paperwork issues, school schedules and, of course, the funds. In the end, it’s always about money, isn’t it?

What is it about a place that makes you want to go back? What happens when you do? Should you ever resist the urge to return? With the busy summer travel season just ahead, these are questions worth asking.

I want to go back

For my 12-year-old daughter, an epic road trip across Canada a few years ago turned her into a Canadaphile. Every year she asks if we can go back to Canada. And every year I’ve said, “Maybe next year.”

Why does she love Canada? Maybe it was touring the icy beaches of Prince Edward Island in June or our Chinese restaurant tour in Vancouver later that summer, but I think she saw the best parts of Canada. She announced to me a few months ago that she is definitely attending college at McGill University in Montreal. I think that’s a great idea, but she might want to acquaint herself with Canadian winters before she decides to enroll. (Also, it’s far away from her family in Arizona, but perhaps that’s why she wants to be there.)

Maybe this is the year to return to Canada instead of France. But there are other considerations.

Our first trip to Hawaii in 2010 was magical. We stayed a little more than two weeks and got just enough of a taste for the island life that we returned again in 2012 and stayed even longer. “You know,” I said to my kids last year, “We should take a little more time — maybe do a month on the Big Island and a month on Oahu?”
They agreed. They loved Hawaii, too.

But we made a critical mistake. We forgot to consider what we would do for a month on an island. Turns out we’d already experienced the best parts of Hawaii and no longer felt like tourists. We’d already seen the volcano, the best beaches, the museums. With a month on each island, we would quickly run out of activities, and like everyone else who lived in Hawaii, we’d settle into a mundane routine. On the Big Island, that meant doing homework assignments in the dark because their tutors were in a different time zone. It also meant taking daily walks along an almost-abandoned highway, and waiting until the weekend to go to Costco in Kona, which had the most reasonably priced groceries. I’m not complaining. But after more than two months in Hawaii, we were more than ready to return to the mainland. And don’t get me wrong — I really love Hawaii! — but some experiences are so good that you shouldn’t try to relive them. For us, Hawaii was one of those experiences.

What happens when you go?

So what happens when you return to a place you probably shouldn’t have? If you’re me, you have to do some quick thinking, and maybe also some deep thinking. We had an opportunity to return to Monterey, Calif., last fall — a place I love as much as Hawaii. But again, we’d done all the must-do things in Monterey, including the aquarium, kayaking, and, of course, visiting the museums.

So I improvised. I took the kids on walks through town and we hiked up to Pacific Grove to see the Monarch butterflies. I told my children about when I was an intern at the Los Angeles Times and wrote a story about the Monarchs migrating. They were unimpressed, but mostly because there were no butterflies.

Being in Pacific Grove also reminded me of the many missed opportunities in my career. I really wanted to stay in California and work for the Los Angeles Times, but life had other plans for me. My kids were tired and listless and didn’t bother to ask me why I was unusually quiet on that day. Not even a visit to Trader Joe’s to pick up dinner could cheer us up.

I think that, in the end, even though returning somewhere might be practical or affordable, it might not be advisable. You’ll always compare it to the last time you were there. Was it the experience better or worse? Maybe you should find a new destination to visit and keep your original experience in a special place all its own.