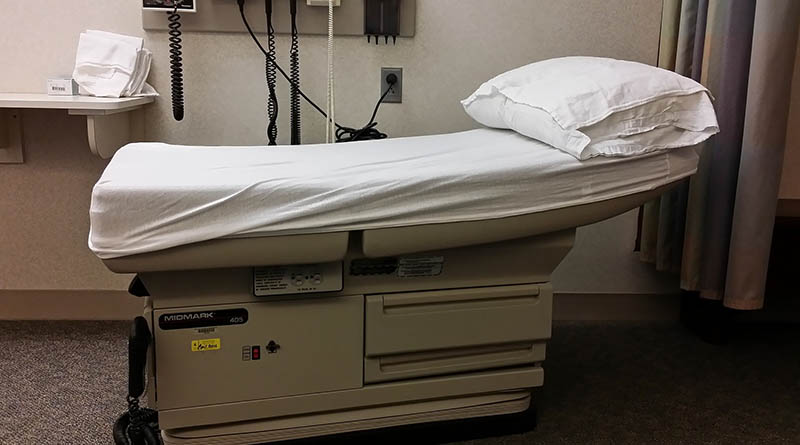 During his recent NCL cruise, Andrew Goldstein suffered a sudden medical emergency that required a blood transfusion. Unable to provide such a service onboard, the cruise left him behind in St. Kitts to seek treatment. Now he wants a refund for his missed cruise and reimbursement for his additional travel and medical expenses. But is this reasonable?

If you are one of our regular readers, you probably know where this is going. This story is yet another cruise fiasco that shines a light on the importance of travel insurance — even if you don’t think you will need it.

Goldstein was on a 14-day cruise on Norwegian Cruise Line’s (NCL) The Breakaway when he began feeling unwell. He visited the ship’s medical center. The medical staff advised him that he needed to have an EKG and a blood test. He refused both and returned to his cabin.

Still feeling ill the next day, he revisited the medical center.

“I agreed to have the tests that I opted not to have done the prior evening,” he told us. “But in addition to these two tests, the staff did a lot more without my consent.”

“I needed a blood transfusion”

“The doctor told me that my hemoglobin was very low (less than 6) and that I needed a blood transfusion,” Goldstein recalled. “He said it should be done in a St. Kitts hospital the following day.”

The next morning, an NCL crew member escorted him off the ship and to the hospital in St. Kitts. Here he was told that it would take two days for the correct blood to arrive for his transfusion. Unwilling to wait for this treatment, and not pleased with the quality of the medical facility, he checked himself out. Then he took a taxi back to the ship.

At that time, the ship’s medical team informed Goldstein that he could not complete his cruise. Neither the local hospital nor the medical personnel on the ship would clear him for further travel.

Left with no other option, Goldstein made airfare arrangements and flew home from St. Kitts.

Goldstein believes that NCL improperly denied him reboarding. Since that time,  he has been attempting to receive reimbursement from the cruise line for all of his expenses.

Could NCL have provided a blood transfusion?

When I read Goldstein’s complaint, his lofty expectation of how the medical center on The Breakaway should have handled his self-described “serious medical condition” surprised me. He told me:

Clearly, the best and safest option would have been for me to be allowed to stay in my cabin. A blood donor(s) for A+ blood could have easily been found on The Breakaway, and the transfusion could have been done in the Medical Center. I could have also been given iron supplements, eaten iron-rich foods, and rested a lot. I would have then been in stable condition when I arrived in New York City.

As a consumer advocate, I’m always ready to go to bat for a consumer (For example: This is how a consultant’s mistake made them miss their cruise). But in this situation, I could not. Expecting the NCL crew to search for a suitable blood donor, do all the required laboratory testing of the blood and perform a transfusion aboard the cruise ship in a nonemergency situation wasn’t reasonable.

Goldstein’s complaint letters to NCL accused the doctor and captain of The Breakaway of making “very bad decisions” that put his life in danger by leaving him in St. Kitts. He demanded that they send him his refund and reimbursements by overnight mail within one week.

The hostile nature of Goldstein’s letters to NCL likely alienated him from any executive who may have read his complaint. As our publisher Christopher Elliott points out in his article on the topic, this type of aggressive strategy rarely ends in a consumer victory. And it wasn’t successful for Goldstein either.

But Goldstein did not purchase any travel insurance for this trip.

In its response letter to Goldstein, NCL explained that:

Please understand that guests who leave the ship early for personal or medical reasons are not entitled to a cruise refund, as stated in our brochure and contract of passage.
Although our records show you did not purchase the passenger protection program offered by Norwegian Cruise Line, if you purchased travel insurance through an independent agency you may wish to file a claim with your insurance carrier for the days you were ill, and also for your out of pocket expenses.

I reviewed the terms and conditions that NCL is referencing. In the section entitled “Refusal of Passage” I found the pertinent information for Goldstein’s case:

NCL reserves the right to decline to accept or retain any person as a passenger on the cruise at any time. NCL shall not be required to refund any portion of the fare paid by any passenger who must leave the ship prematurely, nor shall it be responsible for lodging, medical care expenses, meals, return transportation or other expenses incurred by the passenger.

Unhappy with our advocacy team’s position, Goldstein took his plight to Elliott Advocacy’s help forums. He wasn’t pleased with what he heard there either. He reiterated that if NCL had just left him in his cabin to relax he would have been fine.

Perhaps — but what if his condition had worsened at sea? There is no way anyone, not even Goldstein, could have predicted the course that his illness would take. And a cruise ship medical center is not the place you want to find yourself in a real medical emergency.

NCL pointed out to Goldstein:

Our advocacy team receives many letters from consumers who want to invoke the benefits of a good travel insurance policy even though they did not purchase one. We can’t help in these cases. What we can do is to continue to stress how beneficial travel insurance can be when faced with unexpected illnesses and accidents — before and during your travels.

Hopefully, his story will serve as a reminder to future travelers. Even if you think you are healthy and strong, you may want to consider travel insurance. A good policy will protect you against life’s unanticipated calamities. And that’s exactly what it’s designed to do.

75 thoughts on “I only needed a blood transfusion! Why did my cruise leave me behind?”