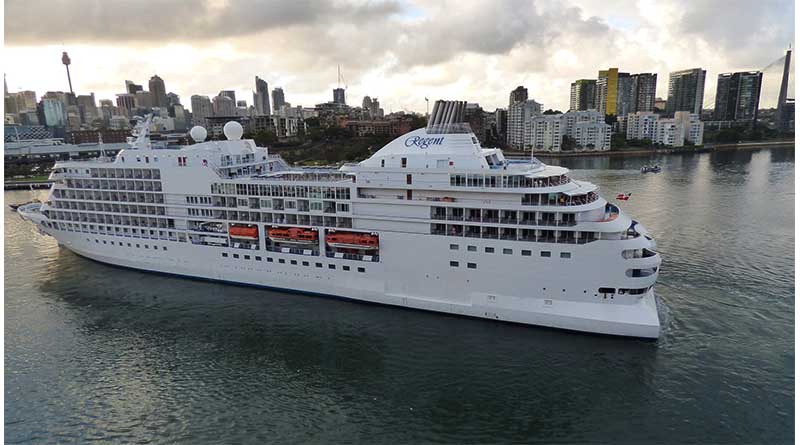 Katherine Yasgar says she was forced to cancel her cruise after the cruise line refused to confirm a much-needed request. But what happened on the day the cruise set sail was even more infuriating.

This story involves misunderstandings and errors aplenty, including a significant customer service fail by Regent Cruises and a consumer who ignored almost all of our advice for resolving her own problem.

Forced to cancel the cruise

Several months before the cruise, and after the couple paid for the trip in full, Yasgar’s husband started having hip problems. And she began to worry about that trip insurance oversight.

Yasgar says that no one from the cruise line responded either way to her request. So she waited a little while longer before calling and asking about a cancellation.

The Regent Cruises representative told Yasgar that she must cancel that “very day” or lose the entire $20,000. If she canceled the cruise that day, she could receive 25 percent of the amount already paid. In a panic and having no assurance that their cabin would have a recliner, the disappointed couple decided to cancel the cruise.

A surprising invite from Regent Cruises

But on the day of departure of the canceled cruise, the couple received a surprising invitation from Regent Cruises.

Yasgar says that just two hours before check-in, an executive from Regent Cruises called and confirmed the availability of a recliner. Yasgar says this representative apologized for Regent Cruises failure to confirm the recliner sooner. She then offered the couple space on the cruise if their travel agent would call to make arrangements.

It’s hard to imagine that anyone at Regent Cruises really expected that this couple could take the cruise line up on this offer. So it’s puzzling as to why this option was even presented — six weeks after the Yasgar’s official cancellation of their cruise. If the call was meant to be a goodwill gesture, to soften the loss of their $15,000, it solidly failed. And it likely would have been better if Regent Cruises had never sent that invitation.

In fact, when Yasgar heard this message she became quite angry. She used our company contacts for Regent Cruises  and began a poorly executed self-advocacy campaign.

How to self-advocate a consumer problem

Our publisher, Christopher Elliott, has written a detailed explanation of how to fix your own consumer problem. This article offers proven tactics that give consumers the best chance at a positive resolution. Everyone should read it before attempting a giant self-advocacy project — like trying to retrieve $15,000 from a cruise line.

Unfortunately, Yasgar did not read this article before she began her correspondence with Regent Cruises.

In her email to the executive who had extended the last minute invite, it’s clear that this gesture had the opposite effect I assume was intended by the cruise line:

Robby, did you read what you wrote before you hit send? Or, are you just crazy. Nobody could pack & be ready for a cruise in 2 hours! This is a pathetic & lame answer to try to cover up an error on the part of Regent.

We have already explained that the lack of the recliner in your suite did not supersede or nullify our cancellation policy in any way, shape or form. This policy is clearly stated in both our guest and agency invoices which were provided to your travel agent on several occasions. Despite the knowledge of this cancellation penalty the reservation was canceled one month prior to sailing during the 75% cancellation window. As a courtesy, we noticed you reside in Miami and so we reached out to you to advise the reservation could be reinstated as an exception in order to allow you the opportunity to sail and not incur this cancellation fee. You opted to decline this offer.

This representative also noted that Yasgar did not mention the lack of a recliner as the reason she intended to cancel the cruise. She ended her email with a reiteration that this is Regent Cruises’ final answer.

And although Yasgar demanded to be referred up the “chain of command,” this representative stopped responding.

Not satisfied with this “resolution,” Yasgar says that she wrote to over “30 executives” — including the CEOs — of both Regent and its parent company, Norwegian Cruise Line. No one from either company has responded after “Robby’s” last assertion that there would be no further consideration.

Once you have sent your letter of complaint to the top of the executive chain, there is nowhere for a consumer advocate to go to help you. Unfortunately, the tactics that Yasgar utilized were not ones that would result in a positive outcome. However, without trip insurance, it’s unlikely that even the best advocacy approach would have led to the resolution Yasgar wanted. She wanted a full refund, but the trip insurance that would have allowed for a refund cost $3,000, and she didn’t buy it.

Bottom line: If you need to cancel your cruise trip insurance can help

Trip insurance protects against travel-related financial losses. In this case, the trip insurance was a significant expense to add to an already pricey cruise. But, in the end, it would have saved this couple about $12,000. It was a gamble not to buy the insurance.

Yasgar is quite unhappy with Regent Cruises’ response. And although we can’t successfully advocate this case, there may still be one last way for the Yasgars to retrieve their money.

Editor’s note: This article was originally published in May 2018