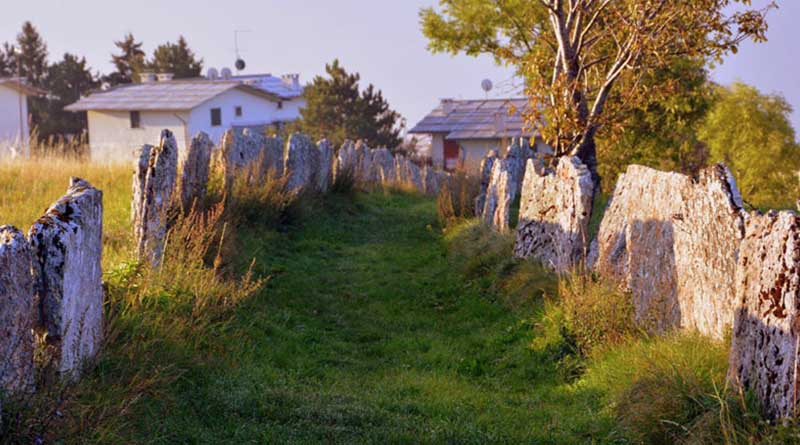 Emily James thought that participating in an international volunteer program would be the perfect way to experience a new culture, make new friends and see the world. Things didn’t quite go the way she had envisioned. Now she wants to know if we can help make this volunteer mismatch right.

Her case serves as a warning to novice travelers: International volunteer projects are not guided vacations and participants must possess some level of travel-savvy and confidence for a successful outcome.

James had enrolled in a two-week program in Italy sponsored by the company Geovisions. There, she was to participate in a summer camp for local children.

“I believe that this company scammed me out of my money,” James reported. “I got nothing. They advertised a volunteer camp counselor, making new friends while exploring another country — but all I got was $1,300 taken from me.”

James seemed to be insinuating that she had not participated in the program. However, that wasn’t the case.

She had flown to Italy — and everything went downhill from there. Her volunteer experience ended abruptly when she walked off the “job” nine days later and flew home.

So what went wrong?

I thought it was an English speaking camp where the counselors would be helping the kids with their English. But only two people spoke English. Their English was broken, so we couldn’t even ask for help.

My breaking point was when I was lost on a local bus for over two hours. No one spoke English — I was crying on the bus and I texted Sarah (my local contact) and told her that I was lost in a bad part of town. Sarah texted saying that she left the bus schedule on the table in my apartment. I was abandoned in a foreign country.

You probably have kids; I don’t care that I am 30 years old. Sarah and Geovisions have insinuated that because of my age I should be perfectly fine without a lot of help… Imagine if your kid had NEVER traveled before but thought volunteering would be a great way to meet people and travel while being safe and giving back. But no one speaks English and your kid feels stranded – your kid is scared s****less and frustrated and cried almost every night. Now I am in debt. How upset would you be?

If we could just pause for one moment — a 30-year-old isn’t a kid. But it is an interesting insight that James compares herself to a kid being dropped in a foreign land.

One thing was evident: James’ expectations were severely misaligned with the actual purpose of this trip.

And it seemed to come as a complete surprise to James that English was not the common language in a rural Italian village.

I read through 25 pages of emails between James and Geovisions. It would not have been hard to predict the failure of this volunteer endeavor.

From the moment that she placed her deposit, James expressed ambivalence. Her email requests sought reassurance, and she frequently asked a variety of staff members the same questions.

In fact, she had initially been scheduled for a trip to Spain but canceled just before that program was to begin. As a courtesy, Geovisions had placed her volunteer intentions on a one-year hold.

James’ emails before arrival in Italy gave the impression that she was registered for a guided tour and not a community volunteer program. And I wondered why the organization had not seen the same warning signs that I saw in her paper trail.

For the answer to that question, I reached out to the director of Geovisions, Randy LeGrant. Unbelievably, he had a folder of additional emails from James before, during and after this failed experience.

These emails showed that his staff in Italy and in the U.S. had tried to assuage James’ anxiety about the trip for months. The Geovisions employees provided James with addresses, bus and other transportation information, and local contacts, among other things.

And this paper trail showed something else that set James’ volunteer experience off on the wrong foot. Because she was “uncomfortable” booking a connecting flight to Rome, she was unable to arrive on the same day as all the other volunteers. This late arrival caused her to miss the group transportation from Rome and the orientation class, which undoubtedly contributed to her lack of clarity about her program and her feelings of isolation.

Should Geovisions turn down some volunteers?

Based on both paper trails, which amount to 35-plus pages, It would appear that this company focused quite a bit of staff energy on Emily James during the past year. So I asked LeGrant if there is ever a time that his organization should turn down an applicant.

I think in this particular case, given the try for Spain, and then a move to Italy, combined with Emily’s work issues and timing … we should have passed. In the end, I wish Emily had sat down with Sarah there in Italy. I am totally convinced something would have worked out for the best.

That said, we do reject volunteers for many reasons. I did speak to Emily once before her departure and I thought this experience would be amazing for her and get her along a new path and open new doors. Now I guess I was wrong.

I appreciate your comments and suggestions. I am always open to learning more and making adjustments so these things don’t happen. At the end of the day, we need more volunteers and we need them to speak highly of the experience. And that bodes well for a better world and it leaves it better than we found it.

We couldn’t fix this volunteer mismatch. A domestic volunteer situation would have better met James’ needs for her first volunteer experience away from home. The language barrier, the unfamiliarity of the country and her unproven travel skills all led to this fiasco.

It’s unfortunate that this story ended as it did. I believe that both sides of this case had good intentions. But I hope, in the future, with a little better planning, a local guidebook, and a language translator app, James can have the positive international volunteer experience that she initially had in mind.