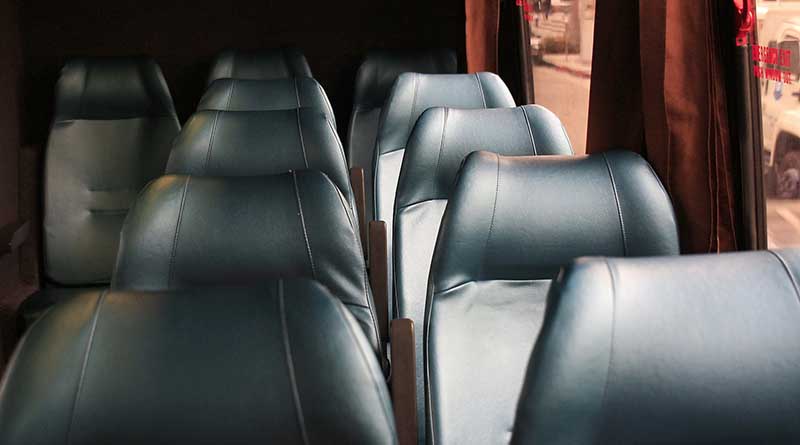 Gayle Hackner took a Trafalgar bus tour throughout Spain and Portugal for 13 days. During that time, she was disgusted that a man and his young son in adjacent seats appeared to be sick. Their constant coughing irritated her. But the last straw came at the end of the tour when she woke up sick herself. Now that she’s home, she wants to know if Trafalgar owes her a refund for this unpleasant bus tour.

This case highlights the harsh reality of touring on a bus filled with 50 strangers — none of whom have undergone any type of health screening or approval prior to boarding.

“51 people filled this bus– capacity is 52,” Hackner recalled. “My seat was assigned. This father and his 10-year-old son got completely sick. I had no choice but to sit next to them since the bus was full.”

And as the days went by things did not improve. In her request for help to our advocacy team, Hackner explained:

The son was hacking every few minutes for three days. I think he covered his mouth only some of the time. Then on the last day, I got a cold, and my cough started. I struggled to make it home from this unpleasant bus tour. The bus shouldn’t have been so crowded, so I could have taken another seat.

Hackner’s description of her “vacation” certainly could not be considered a rousing endorsement of Trafalgar bus tours or bus touring in general.

A bus tour can be breeding grounds for illness

Bus tours by nature are crowded and place you close to strangers for long periods of time. It is inevitable that some of these people may be annoying — or even worse, endanger your health.

But is it the responsibility of a bus tour company to ensure that all travelers are perfectly healthy?

I went to Trafalgar’s terms and conditions and read through the many pages. (Note: The link prompts you to download the terms as a PDF) I could find no mention of any health requirements for travelers. In one area of this document, it instructs the traveler that they must make sure that they are fit for travel.

It appears that Trafalgar relies on passengers to self-report if they are unwell.

Since this document goes on to say that if a traveler is unfit to participate, they will be removed from the tour and will receive no compensation, it’s unclear what the motivation would be for a traveler to report their illness.

In fact, in the Frequently Asked Questions on Trafalgar’s website, the company simply advises anyone who is suffering from “any form of illness” to make sure to bring enough medication for the entire length of the tour.

Hackner’s primary argument was that she was assigned the seat beside this father and son and that the tour bus was overcrowded, leading to her eventual illness. For these reasons, she believed that Trafalgar owed her a refund for this unpleasant bus tour that exposed her to illness.

Unfortunately, her Trafalgar contract does not support this assertion.

In multiple places, Trafalgar points out that there are inherent risks with participating in a tour and that the company is not responsible for the illness or injury of a passenger unless Trafalgar’s negligence is proven to have caused the condition.

I am not sure that placing the father and son coughing duo near Hackner would be considered negligence. After all, Hackner continued with the tour without making an official complaint for the entire 13 days.

And nowhere in the contract does it say that this Trafalgar bus tour will be operating at less than capacity. It is unclear why Hackner believed that her bus should have been less crowded. Trafalgar is in business to make money — if there are 52 seats on the bus you can be sure that the company will fill those seats if at all possible.

In the end, we could not help Hackner with her quest for a refund. There is no way for her to prove the origin of her illness. Traveling internationally can expose you to a multitude of germ possibilities.

And although this father and son are the most obvious culprits, it is impossible to pinpoint where Hackner picked up her illness. Her condition may have had nothing to do with her chosen suspects.

If you have a grievance during an organized tour, it’s critical to make it known at the time. This will give the company an opportunity to correct the situation or at the very least make a record of your complaint. Once your tour is over, it is impossible for the company to properly investigate or remedy your issue.

We are happy to hear that Hackner is on the mend now, and we hope that her next vacation is free of coughing little boys who refuse to cover their mouths. But as anyone who travels knows — that can never be guaranteed.