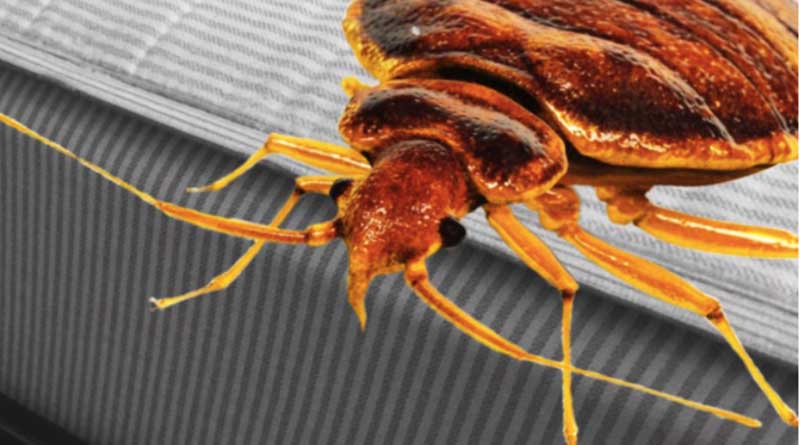 Sherrie Peters’ bedbugs case makes me uncomfortable, and not just because it involves bedbugs.

Her unfortunate story underscores the importance of honesty. Omitting information from a case can doom our advocacy efforts.

First, let’s take a look at this case as it was presented to us. In her request for help, Peters told me that in January 2016 her family checked into an AmericInn motel.

Bedbugs in her hotel room?

“During our stay, we noticed an infestation of bedbugs in our room,” she recalled. “When bringing it to the attention of staff they confirmed that this room had bedbugs the week prior. We were then moved to another room.”

Moved to a different room?  Moving to another room is not the best plan of action when faced with an “infestation of bedbugs.” A better idea would be to take some pictures and immediately check out.

That promise appeared in Peter’s paper trail.  So it was surprising when Peters told me that the owner “just stopped responding to my requests for reimbursement.”

I carefully reviewed the paperwork that Peters had sent us. It did appear that after February 2016 she was met with silence from both the owner and manager. She told me she had also tried to contact the corporate office, but they referred her back to the owner.

No help from the corporate office

Every motel in the AmericInn franchise is independently owned, Peters explained. The corporate office refused to get involved.

If a motel is hanging the shingle of AmericInn, then the corporation should respond to a consumer complaint if the owner does not.

So, after receiving no response from the owner or the manager, I sent an inquiry to the headquarters of AmericInn. I explained the situation and asked if they could assist. They did respond, but only to refer us back to the owner of the motel.

At this point, I was stumped. Why would a motel offer to pay a cleaning bill, ask for receipts and then ignore any further interaction with the customer?

The shocking truth of this bedbugs case

I decided to send one last email to the company. I explained that we would be writing a story about this troubling bedbugs case and we would like to have AmericInn’s position.

This time, Ron Shimek, vice president of operations of AmericInn, responded. I was then given a new, alternative version of Peters’ case.

To begin with, no bedbugs had been confirmed at this location. However, in the spirit of positive consumer relations, the owner offered to pay Peters’ cleaning bills. She had submitted a typed itemized list that included cleaning fees and the values for items that needed to be replaced. The owner promptly sent her a $500 check and refunded her hotel stay. Peters cashed that check on March 6, 2016.

Shimek explained that Peters was not satisfied with the $500 and asked for $300 more. This extra amount was to replace headphones valued at $150 and some hockey equipment that Peters said she needed to replace because of their exposure to the bedbugs. At that time, the owner told her that if she provided receipts and produced the items that she wanted him to replace, he would then give her the additional reimbursement.

Instead of providing the owner with any receipts, Peters went to the Minnesota Attorney General’s office and filed a complaint. AmericInn has a copy of the owner’s response. In that response to the AG, he explains that he asked for receipts for the somewhat questionable items on Peter’s reimbursement list. She did not forward any receipts. The AG closed the case.

After my phone call with Shimek, I emailed Peters to ask if this was all true. Now, a month after I had begun advocating this case, Peters confirmed that the owner had sent her $500. She also shared a letter to the CEO of the company where she acknowledges that she was reimbursed this amount. But she tells the CEO that she is still expecting $300 to satisfy her complaint. She points out to him that the company should be pleased that she has not gone to social media with her story.

I told Peters that there would be no further payments from AmericInn. The company considers the case completely closed. And so do we.

An advocate feeling a bit bamboozled

In this case, if we had been provided all the facts initially, we would have dismissed it. Peters was given a clear and reasonable resolution by the owner. She only needed to provide receipts for her expenses and proof that she had been forced to dispose of the high-ticket items on her list. The owner said he would have reimbursed her. For some reason, she did not send these receipts or provide any proof of disposal.

When a consumer purposely leaves out information that significantly changes the core of their story, it wastes our time and the company’s time. We can’t advocate a case properly with half-truths and omissions. Our advocacy team receives many cases every day, and we want to help as many consumers as possible. A case like this just diverts our energies to a useless endeavor — and that’s not fair to anyone.

Update: Since this article first appeared in March 2017, the Wyndham Hotel chain has acquired the AmericInn Hotel chain.