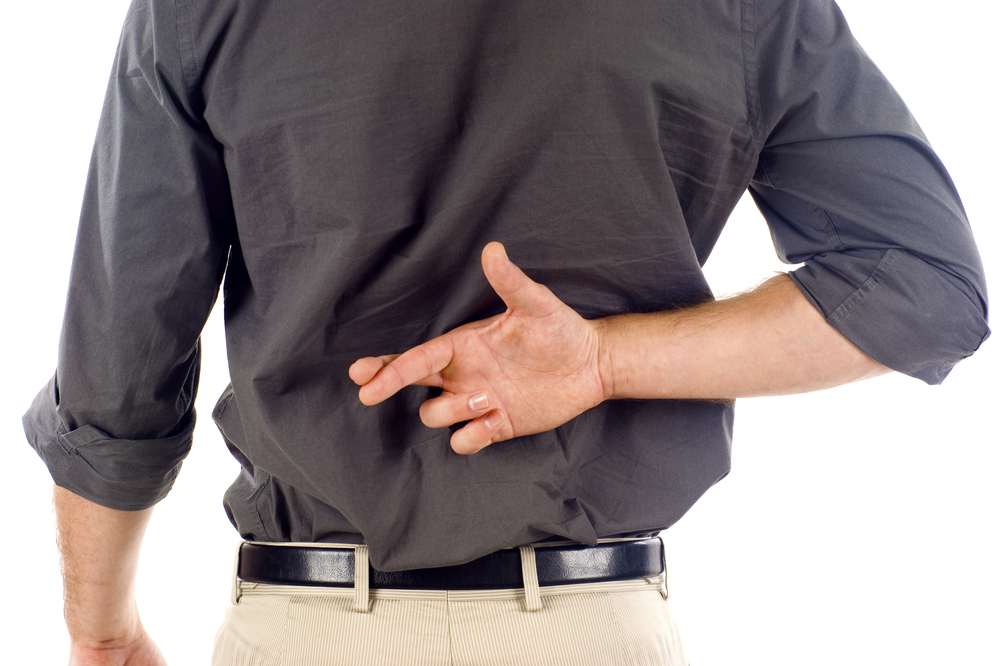 Even to us, the guys who are trying to help. Especially to us.

(Thanks for the reminder, Dr. House.)

Why don’t we do more to stop it? Well, that’s a question raised in our help forums recently. It deserves an answer.

I’m just not sure you’re going to like the answer.

“Maybe it’s just been a run of bad seeds and maybe I’m just ranting today,” said Walt Blackadar, a veteran commenter, “but lately this site and forum have been dealing with some fairly absurd and some outright dishonest requests.”

✓ We’ve had a person asking for a fully comped cruise because her sister fell in the port building.

✓ We’ve had a person rant and almost certainly flat-out lie about getting a refund on his vacation deposit when the company in question was following their clearly-stated Terms and Conditions.

✓ We’ve had a person ask for a full refund on airfare because they were overcharged a small amount that caused their debit card to become overdrawn.

✓ We’ve had a person omit important information about her agent’s supposed failure to purchase travel insurance.

✓ We’ve had a person absurdly ask for a full refund because her lap baby got bonked in the head with a tray table (that caused no damage whatsoever) and then didn’t get the type of apology she wanted.

✓ We’ve had a person apparently not tell the truth about the departure time of an international flight in an attempt to get compensation.

Isn’t it our job as consumer advocates to find the truth?

Actually, no. As consumer advocates, we’re here to help consumers. And that’s why I think some of you reading this will find my answer difficult to stomach.

We’re not here to truth-squad every complaint that comes in. We’re here to help. Period.

“Whose side are you on, anyway?”

I’ll never forget one of my first cases as a new consumer advocate. It was a woman in the San Francisco Bay area who wanted a refund for an airline ticket. The request was completely out of line. I suspected she was omitting some email in the paper thread she showed me. I told her I didn’t think I could help.

She exploded with rage. She called me useless. She said she’d cancel her subscription to the newspaper that ran my column. She said I was an airline shill.

“Whose side are you on, anyway?” she demanded.

Actually, she had a valid point. I was supposed to be on her side.

People lie. People omit details to help their case. Everyone does it.

But this site is not a neutral third party. We’re advocates for you.

So let’s just get that out of the way: To anyone who thought we were the Switzerland of this conflict, I apologize. We’re not neutral. We never claimed to be neutral or impartial. We are squarely on the side of you, the consumer.

Why we publish these cases, anyway

“There’s a danger here if we’re advocating for dishonest or greedy people,” adds Blackadar. “If the people on this site try to help advocate for someone who isn’t telling the truth, it’s going to anger the very businesses that we’re seeking help from. That’s going to cause them to be less likely to help the next person that this site is advocating for. It’s like the boy who cried wolf, and I can’t imagine that some of these cases are doing the reputation of this site any good.”

That’s a fair concern, but it’s not the real problem.

Here’s the issue. People are under the mistaken impression that we should only help consumers who truly deserve it. Just last week, in fact, we had a commenter who said, “Finally, a consumer who actually deserves to be helped.”

Again, that’s not how this works.

It isn’t for us to determine if someone deserves anything. Isn’t that for the company to decide?

When someone comes to us for help, they sign a form that says we can publish their case and gives us permission to share details of their grievance with a company.

One of two things could happen:

• The case doesn’t meet our “mediate” threshold, in which case it’s either referred back to our help forums or written up as an “Advocate This!” story — a post where we ask you if, based on the available information, we should get involved.

• The case does meet our threshold. I send the grievance and paper trail directly to the company. When that happens, the company is given an opportunity to respond and fill in any missing details. A story is published based on the results.

Most of our cases in the first category rarely make it to the second, where we’re getting involved. Maybe the case wasn’t strong enough, or maybe all the details weren’t there. I only send a grievance to a company when I’m comfortable that it meets every criteria for an advocate-able case.

To those of you concerned that we might be losing credibility by doing it this way, please don’t worry yourselves. Companies understand what we’re doing, and they want to help customers whose problems may have been overlooked. They are often grateful that we’ve done all the research and sent them the relevant paperwork. So we’re good on that front.

I think the problem lies with the people who read this site and are holding us to a standard we never set for ourselves. We don’t help only the people who “deserve” help. We try to help everyone. Even a case that can’t be fixed has a lot of teachable moments, and that’s often why we publish them.

So why not allow the commenters to run wild and dissect every case without moderator interference? Because:

1. By allowing commenters to call the consumers coming to us for help “liars” and “undeserving,” we create a hostile atmosphere. Let me put it to you this way: If you had a consumer problem and read some of the pre-2015 comments on this site, would you come to us for help with a problem? Yeah, neither would I.

2. If enough commenters pile on, then over time the comments become a toxic cesspool, where the customer is always wrong and the loudest voice in the room wins. And really, aren’t there enough blogs out there with mob rule in the comments section? Do we have to become one of them?

These explanations will probably not fly well with some of you. As Bladackar said in his original post, “many people are going to be turned off when they realize that a lot of their help is going to people who are being less than forthright or downright unreasonable.”

I’m fine with that. Participation in the comments and forums is completely optional. Please go easy on the folks asking questions about a case — they usually want to help.

But I would rather have a company ask me “whose side are you on?” than a customer ask whether they deserve my help or not.