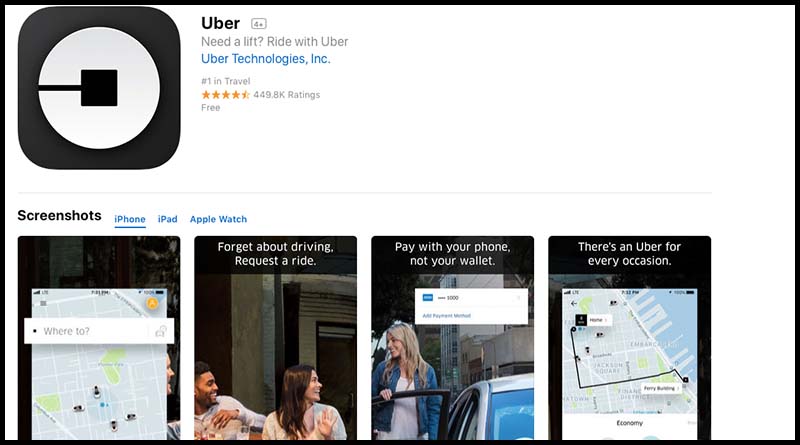 Who does Frank Caligiuri think we are? And why is he so pushy about his Uber app?

The answer to those questions exposes a growing problem at the world’s favorite consumer advocacy organization: People are mistaking us for the misbehaving companies we’re trying to protect them from.

That’s right, Frank. We are not Uber.

But I’m getting ahead of myself. Let’s take a closer look at Caligiuri’s gripe.

How did that Uber app get on his phone?

“I recently had my very first ride with Uber,” he explains. “It was a good experience that I would have likely shared with other people.”

“Uber installed a pop-up on my phone that pops up all the time, advertising employment opportunities. The pop-up is apparently on my phone hard drive, and I can’t seem to find a way to remove it,” he says.

Caligiuri wants it to stop.

“It is highly unlikely that I will ever use Uber again,” he says. “Their advertisement continues to invade my privacy by popping up on my phone all the time, and at this juncture, whenever I attend a social event, I tell everyone to be very careful about using Uber because once you install their app, it invades your phone.”

Our advocate Michelle Couch-Friedman asked him how, exactly, Uber installed the app on his phone. She also offered some basic technical advice on how to remove the app — you know, basic help.

“I’m not sure, but I believe it is part of your Uber app, which shows a map and active locations of your cars,” he told Michelle.

“You will need to go into the settings of the app and tell the app what it can and can’t do,” Michelle suggested.

Caligiuri was having none of it. Here’s his response:

If it is not that app, then it might be part of another app that I downloaded such as solitaire (I am not sure).

Bottom line is, those ads are generated by YOUR COMPANY, and you pay someone to attach them to an app of some kind. Every single time I turn my phone on, there appears an ad asking if I would like to become an Uber driver. Do you have any idea how annoying that is?

I will try what you said, but if I have to eventually go back to AT&T and pay someone to have it removed, guess who is getting the bill?

Tell your marketing people that pop-ups are tremendously annoying and a detriment to your business. My experience with Uber was excellent, and I planned to return to the office and advise all of our nationwide service techs to try your service, and now I do not have that inclination at all.

I am not a happy camper.

That makes two of us

Neither am I. Because you’re holding my team and me accountable for something a company has done. Plus, you’re being unpleasant.

Caligiuri’s response is also a textbook example of how not to respond to a company. You don’t ask them, “Guess who is getting the bill?” Instead, you politely suggest a solution.

But more to the point, I’ve noticed an increase in consumers who think we’re either surrogates for a company or we are the company. We’re neither. Had Caligiuri spent a little time reviewing the disclosures on the site and in the emails we sent him, that would be obvious.

I’m grateful for the crossed wires, in a way. Now my advocates and I get to see what consumers are saying to the companies when we’re not looking.