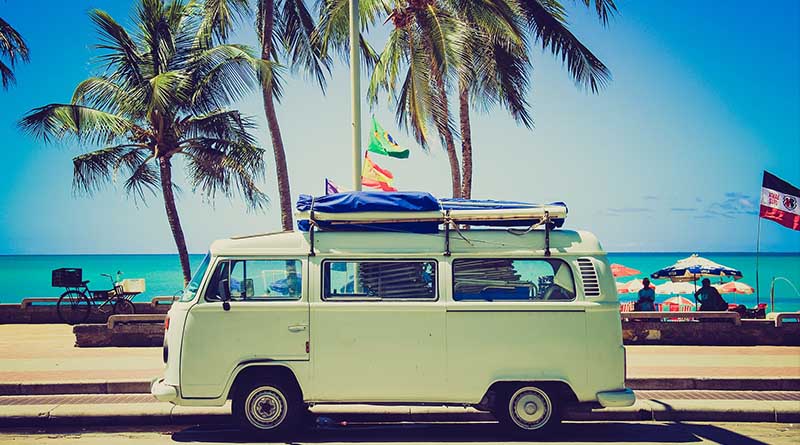 The 99 days between Memorial Day and Labor Day are the busiest of the year for travel, but also the most misunderstood. The conventional wisdom surrounding summer travel includes false narratives about who’s taking a vacation, how they’re getting there, how much they’re spending and where to find deals. Knowing the truth could help you have a better getaway.

“The best summer trip for you may not be something that’s trending online,” says Zane Kerby, president and chief executive of the American Society of Travel Agents (ASTA), a trade group. “The overall travel experience can be complex and highly personal.”

Here are some of the prevailing myths

It would be easy to get that impression, with organizations such as A4A, an airline lobbying group, predicting that summer air travel will hit an “all-time high” this year. But numerous surveys suggest that not everyone is taking a vacation. And a new study by Kimble Applications, a software company, concludes that less than half of American employees take all of their allotted vacation time. An almost unbelievable 21 percent of respondents say they’ve left more than five of their annual vacation days unused.

Americans are flying to their summer vacation destinations: Click on almost any story about summer travel, and chances are it will lead with an airline anecdote. But most vacationers will travel by car (85 percent), followed by plane (36 percent) and train (8 percent), according to a new National Association of Convenience Stores (NACS) survey. (Respondents could check all that applied.) Regular travel surveys conducted by AAA also reflect these numbers. And motorists are in it for the long haul. Almost one-third of the travelers in the NACS survey say they’ll travel 12 hours or more.

Stephanie Eakins, who works for a utility company, is planning a road trip from Sacramento to Olympia, Wash., with her extended family. “I’m taking my 10-year-old niece to see the state capitals,” she says. That’s almost 11 hours in a car, but worth it. Oregon and Washington have capitol buildings that are worth seeing.

I’m guilty of making this assumption in past columns that preview the summer travel season, but according to a survey by HomeAway, more than a third of Americans who intend to take a summer vacation haven’t started planning yet. Roughly the same number are packed and ready to go, while 29 percent have started planning but haven’t finalized plans. That means all of those rosy predictions about “record” travel may or may not be accurate. We won’t know until well after Labor Day.

Elizabeth Borsting, who runs a public relations firm in Los Angeles, is among the procrastinators. Although she has planned some of her summer outings — she’s made arrangements for short trips to Catalina and Ojai — she hasn’t booked any rooms yet for an upcoming trip to Santa Barbara. “I’m not too worried,” says Borsting, noting that rooms are still available.

We’re spending more on our getaways

This is often implied in summer preview stories — that travelers are spending more as they set records. But a survey conducted by Generali Global Assistance’s Travel Insurance division says Americans are spending 1 percent less. The average summer getaway costs $2,643. That describes the type of vacation Colleen Dubin, a teacher from Philadelphia, is taking this summer. She’s planning to visit the Grand Canyon and Charleston, S.C., and spend a week in Ocean City, Md. “I use reward points and free nights at hotels and look for membership deals on car rentals and for activities, Groupons,” she says. “It saves a little.”

Coastal destinations are the most expensive

New research from Holidu, a search engine for vacation rentals, suggests that the opposite is true at certain times. Can you guess the most expensive state for a vacation rental between June 30 and July 7, widely considered the peak of summer travel season? It’s Wyoming, where the average daily rate is $412. The reason: Several Western towns host old-school Americana Fourth of July celebrations, which may account for higher prices and willing payers. Other high-priced destinations include Oregon, Alabama, California and Massachusetts. The least expensive? Ohio, Arizona, West Virginia and Kentucky.

People are taking real vacations: This may be one of the biggest misperceptions about the 99 days — that those of us taking time off are actually taking time off. A new survey by Wrike, a company that develops project management software, concludes that 40 percent of men and 30 percent of women surveyed plan to work while on vacation this summer. It found that staying plugged in while away reduced their stress. Is that a real vacation? Doesn’t sound like one to me.

That’s the fate of Amena Tareen. Although she’ll try to unplug from her job as an occupational therapist in Marietta, Ga., her husband won’t be so lucky. “He’ll take his phone and laptop,” she says. “He has a leading role in a start-up company and will have to remain connected for some, if not all, of our time in Asia this summer.”

The truth about summer travel

So what does all this mean? You’re far more likely to take a long drive to your summer vacation destination, which may be off the beaten path. You’ll take fewer days and are likely to check emails and receive phone calls while you’re away. You may wait until the last minute to make these plans, and you’ll look for a way to save money. Now that you know the truth, you can find opportunities for which others might not look.

That is, if you take those annual vacation days at all.