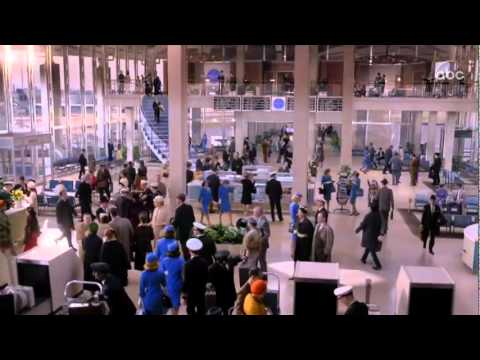 When, exactly, did flight attendants stop caring about us?

I ask for two reasons: First, because of the luscious new trailers for the upcoming TV show Pan Am (see clip, above), which depicts svelte young stewardesses – yes, that’s what they were called back then – serving passengers.

Hard to swallow, that one. But yes, they served passengers back in the day.

And second, because of the preponderance of horror stories from readers like you that suggest things have gone too far in the other direction. That far from the “coffee, tea, or me?” stereotypes of pre-deregulation air travel, modern-day flight attendants employers actually hate us.

Well, “hate” may be too strong a word. How about “strongly dislike”?

Consider the latest American Customer Satisfaction Index numbers. Here are the 10 worst-performing companies, according to the survey. The score you see next to the company is on a scale of 1 to 100.

That’s five airlines in the top 10. You have to work pretty hard to pull in that kind of performance, and it can only happen with the full cooperation of your employees.

But it’s the stories from passengers like you that make me wonder if the love has turned to hate. And I’m not even talking about the headline-grabbing reports like flight attendant Steven Slater’s meltdown on JetBlue Airways.

Lea McFall was flying from India back to the States when one of her friends started feeling a little ill. The likely cause was her final meal in Delhi. She had a severe case of food poisoning.

“She was sick in the restroom for quite a while, completely ignored by the flight attendants,” she says. “And she was in the back of the plane, in their hangout area.”

When she mentioned that she was concerned her friend might need medical attention, a flight attendant shrugged her off, telling her, “This happens all the time.”

Her friend tried to lie down on several empty seats, but a purser shook her awake and told her those seats belonged to the crewmembers.

“I couldn’t believe how rude the flight attendants were about it,” she says. “We felt completely helpless, and they didn’t seem to care at all that she was sick – only cared about having a place to sit for their break.”

Her friend eventually recovered, but McFall’s faith in American Airlines was shaken. She says she’ll avoid the carrier, if possible.

Reader Nancy Hicks tells another story of crewmember callousness. She was flying with crutches after a recent foot operation, and notified United Airlines she’d need a wheelchair at the airport. Instead, she was greeted by a “surly” skycap who waved her into the terminal without trying to help.

“That’s where the wheelchair people all wait,” he yelled. “Everyone knows that.”

She eventually had to board the small regional jet by herself in crutches, in the pouring rain.

“Not a single person from the airline even attempted to help me or find another way to get me onto the plane,” she says. (She is, of course, referring to the flight attendants who she assumed would lend her a hand, but didn’t.)

I get stories like hers on an almost-daily basis, from flight attendants who refuse to help you stow your luggage in the overhead bin because it’s against union rules, to crewmembers just being indifferent or just plain rude.

And while I understand the reasons behind some of them – for example, lifting luggage can be one of the main causes of injuries among crewmembers, and let’s not overlook management’s role in all of this – there’s really never an excuse to be impolite.

I’m especially troubled by a saying that’s used a lot, mostly privately, among flight attendants: “We’re here to save your butt – not kiss it.”

If the “service” element had actually been stripped out of the flight attendant’s job description, then why not hire security guards or EMTs to take their place? Wouldn’t they do a far more efficient job of saving or protecting lives? (Also, their uniforms would be cheaper.)

No, I don’t think all flight attendants hate us. But too many of them seem to, according to passengers.

That’s no way to fly.