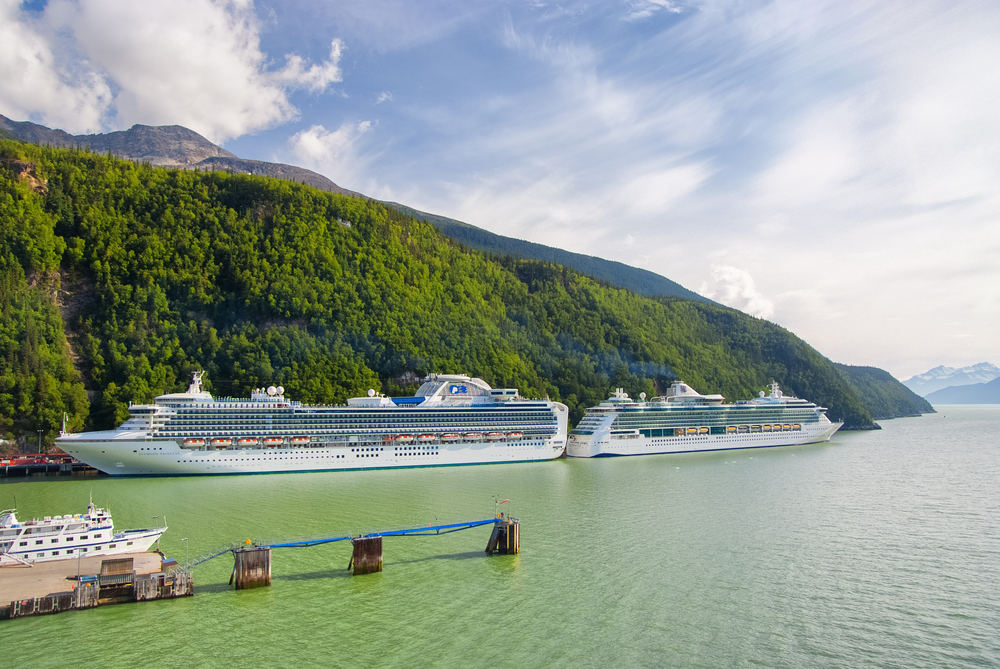 This is the cruise ship Shannon Tait’s mother was supposed to sail on. It was her bucket list cruise. Literally.

She’d been diagnosed with soft tissue sarcoma, and Tait figured she’d have a year or two for one final adventure to the Last Frontier.

She did not. She died in hospice care before she could set sail.

Her cruise line tried to pocket her money.

Here’s Shawna’s Amelia’s car. And that’s $790 worth of damage, according to her rental company. Looks like a surveillance photo, doesn’t it?

There’s just one problem: Amelia didn’t do it. Her car rental company sent her a bill more than a year after she returned the vehicle. She had taken a picture of her car, proving she wasn’t responsible.

No matter. The company came after her anyway, threatening to refer her to a collection agency.

And I’m not going to show you a picture of Ryan Duffy. He’d planned a vacation to Las Vegas with his wife. But before he could leave, he had a seizure, he fell and suffered a traumatic brain injury. And there went his Vegas vacation.

His airline kept his money, too. After all, his ticket was nonrefundable.

If these cases don’t make your blood pressure rise, check your pulse. You may not have one.

Problems like this cross my desk every day, and they have turned me into the crusading consumer advocate that I am today.

But what about you?

Unless you live on a commune, you advocate for yourself almost constantly. You learn to take care of yourself when you’re still a baby. Your sibling tries to take away your favorite toy and you learn: No, it’s mine!

By the time you leave school to enter the workforce, you’re already your own best advocate, fighting to advance your career, struggling for status in your community. In fact, research shows our brains are hard-wired to be selfish.

Businesses are basically the same, always lobbying for their own interests: expansion, opportunity, and of course, profit.

When you ask a company for a refund or a product replacement, here’s a phrase you often hear: “We’re not a charity.”

Turning into an advocate for others

Some of the most successful companies have learned that “me first” doesn’t work.

Ritz Carlton wants its employees to be passionate advocates for the customer, and it’s so successful that it teaches this philosophy to outside companies.

Other corporations with enviable advocacy cultures include Apple and JetBlue.

And yet few companies think of their own employees as advocates, a Harvard Business Review article notes. Passionate advocacy comes from making customers’ lives richer, it adds, yet only a handful of businesses see their employees as consumer advocates.

Does anyone here not want to be Apple, JetBlue or Ritz Carlton?

It’s pretty obvious that looking out for others is a great way to ensure you’ll be taken care of.

By paying it forward with advocacy instead of avarice, you’re flipping the traditional formula of profits first, people second, on its head. You’re saying: Our customers are the most important thing to us. They should be. Without customers, you would not exist.

People who advocate for other people deliver these measurable results.

Better service. Would the complaints I mentioned earlier exist at a company that advocates for consumers? No, they would not. And I can verify that. I almost never hear complaints from Apple, JetBlue or Ritz-Carlton. They take care of their customers.

Happy employees. Workers who hate their jobs make terrible advocates. Workers that love their company, on the other hand, make terrific advocates. So it may not surprise you to hear that Southwest Airlines, yet another highly profitable and beloved company, puts people over profits.

Loyal consumers. How many people do you know who would only buy an Apple computer, even if it costs twice as much as a PC? I can show you four members of my own family. And all that without an addictive, gimmicky loyalty program. They don’t need one. Their loyalty program consists of loyal customers buying products they love. It is the kind of loyalty that directly leads to healthy earnings.

You can harness the transformative power of advocacy right now by awakening your inner consumer advocate.

Resist evolution. The first, and perhaps the most difficult step is to resist your hard-wired evolutionary instinct to look out for yourself. Intellectually, you may realize it’s not going to serve you well in a global economy that values collaboration over cutthroat competition. But it will. Read the complaints about your business and ask yourself: Would I want to be a customer?

The overzealous car rental claim. The hard-hearted cruise line. The intransigent airline. These are not companies I would want to work with. Would you?

I advocated Amelia’s case with her car rental company and it dropped its claim. I also went to bat for Tait, and her daughter received a full refund. Duffy’s airline refunded his ticket after I asked about it, but not his wife’s. I asked again, and it refunded hers, too.

We are all advocates. It’s just a question of who we’re advocating for. Are you looking out for yourself, creating meaningless profits for a soulless corporation? Or are you a passionate advocate for a company you love and a product you believe in?

Isn’t it time to awaken your inner advocate?