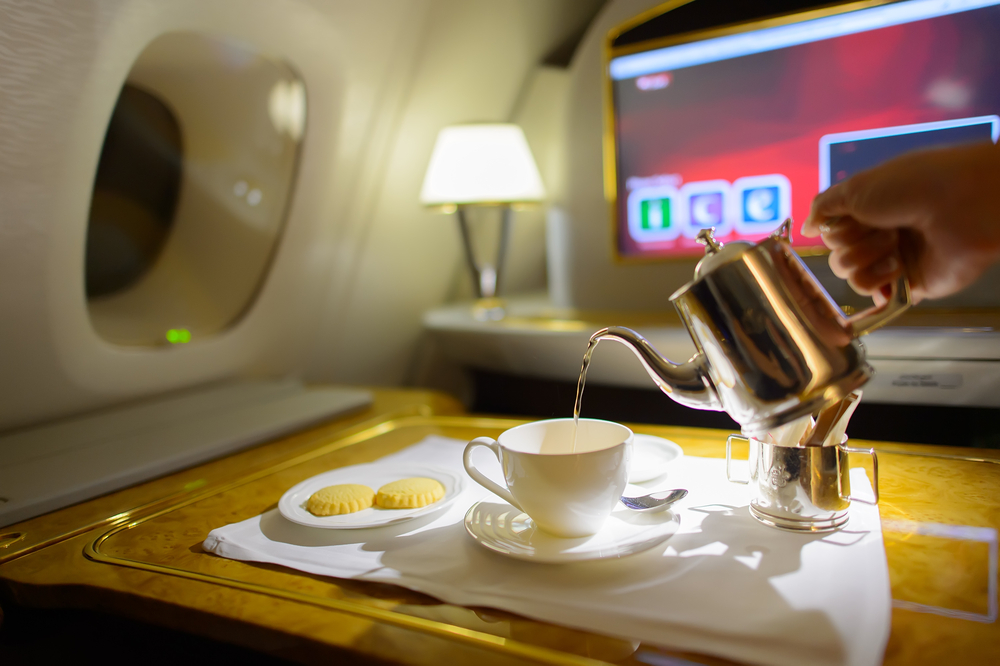 This morning’s USA Today column about entitled travelers is whipping up a little turbulence.

I don’t mind. In the story, I point out the obvious fact that the class divide has become too wide and something needs to be done. Entitled travelers are ruining it for the rest of us.

But am I advocating for the removal of first class? Well, that’s an interesting question. Maybe I am.

I’m on record as being a progressive consumer advocate with populist leanings, so I don’t mind being called a “socialist” or even an “idiot” as I have by a barrage of emails in the last 24 hours.

Here’s a small sampling of the insults:

“Socialist education proves true,” quipped Mark Stumpf. “Well, I guess your teachers would be proud. They have convinced you that we are all equal and everyone should be treated that way. There is nothing further from the truth.”

“It’s the new ‘We are all global citizens’ attitude that is being taught from elementary school through university now,” sniffed Tracey Chance. “No one is better than another. All countries are equal. The word exceptional has no place because one person or country cannot be better than another. Working hard and therefore earning more money than someone else really isn’t fair.”

Chance accused me of being a “communist.”

“We didn’t create the game,” wrote Richard Whittington. “The airlines did and I do feel that like anything else, if I pay for a different level of service why shouldn’t I expect it?”

Alright, fun comments. I read them all. That’s enough entertainment for today.

By the way, advocating for a reasonable amount of personal space and basic amenities is neither a socialist or a communist value. It’s the right thing to do.

You know, the interesting thing about the article was that first class passengers thought it was about them. It wasn’t; it was about obnoxious travelers. By firing off angry emails to me, they only proved that they were in the latter category.

Of course, there were some supportive messages.

“Thanks so much for your article today on entitled travelers,” wrote Suzanne Morris. “I really dread flying in today’s caste system of air travel. Though I may not pay top dollar for first class, the ticket can be expensive and basic courtesy and comfort should be required.”

Some readers actually got the point of the story. Dennis Tarantino is among them:

I travel quite a bit for leisure. Yes, we have had our status with an airline for many years, and sometimes we do get a free upgrade. However, we usually buy first class on longer trips.

I have noticed over the years that many business travelers are becoming more and more obnoxious. They think nothing of cutting in line, acting rudely to the airplane staff, and other travelers.

The sad part is they are usually not paying for their trip (usually footed by the company). They believe they can pretty much do anything they wish on a plane because they are such great customers.

We have really gotten sick and tired of these types of flyers and wish they were made to pay for their own travel. Maybe they would sing a different tune.

It might interest you to know why I wrote about this topic. A flight attendant for a major airline contacted me to say he’d had enough of the “silver spoon” passengers who were stepping all over themselves for a first class seat. I interviewed him, and numerous colleagues, before I started writing my commentary.

But back to the question: Would we be better off without first class? I believe the answer is “yes.” A caste-less inflight system would eliminate a lot of the friction on the plane and restore basic dignity to an important mode of transportation. Wouldn’t that be a good thing?

Am I advocating for the removal of first class? Well, not exactly.

If an airline wants to sell bigger seats at a 10x markup, I guess that’s fine. But don’t take so much room and amenities away from the people in the back that it makes the flying experience inhumane for them. (One reader referred to steerage class as a “concentration camp” in the skies this morning — I’ve never heard that comparison, but it certainly illustrates the level of disgust.)

But who cares what I think? I’m more interested in your thoughts.

Should we pull the plug on the premium seats? Or do we let Darwinism take its inevitable course on the plane?