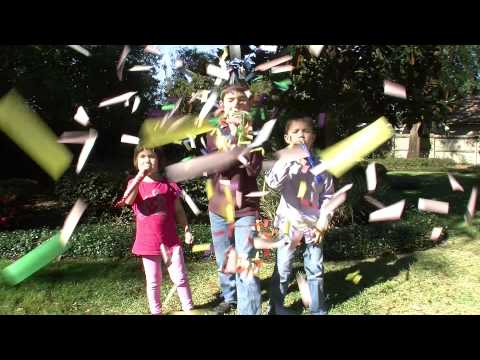 It’s been another year — another awesome year — and we can’t believe it’s already over.

• Our daughter, Erysse, is five years old and started pre-Kindergarten this year. She recognizes words and numbers and loves art — “any kind of art,” she says. We suspect that she wants to grow up to become a Disney princess, based on her extensive library of movies and closet filled with costumes. (We’re not sure which princess, yet.) Her favorite destination of 2011? Visiting Grandma and Grandpa in Andes, N.Y., last summer.

• Iden, our middle child, turns seven next month. He’s in first grade, and having a blast. His best subject is math, “because I can do it fast” — ah, our budding little engineer! At least someone in the family will be earning money soon. When he’s not doing school work, he likes playing DragonVale on his iPad and chasing his cats in the back yard. His favorite place to visit in 2011 was Maui, where he went horseback riding and survived a tsunami and plane catching on fire.

• Our oldest son, Aren, is in fourth grade. He’s nine years old and is fascinated by science, particularly astronomy. He follows the discovery of each new exoplanet and loves conducting experiments at home. When he’s not busy discovering new worlds, he’s always up for a round of Plants vs. Zombies on his iPhone. “I also like to play Uno,” he says. His most memorable trip of 2011 was to Northern California, where he spent some quality time splashing around in the thermal pools of Calistoga and skiing at Mammoth and Northstar.

• Kari shocked us by completing yet another postgraduate certificate, this one in education media design and technology from Full Sail University, which has an amazing reputation for technological innovation. She’s putting her degrees to good use, coaching the kids while they participating in a virtual school program. Just how many graduate degrees does she have? We’ve lost count. Kari is the brains behind Away is Home, which we launched this year. We’re traveling across the country and blogging about it. Her number-one destination was Venice, Italy. We were there on a memorable Adventures by Disney tour.

• I had a spectacular year, too. My first book, Scammed: How to Save Your Money and Find Better Service in a World of Schemes, Swindles, and Shady Deals, was published last week. National Geographic Traveler promoted me to Editor at Large, which is a real honor and underscores National Geographic’s commitment to consumer journalism. I’m also still blogging, with the steadfast support of my readers and underwriters, and writing columns for Tribune Media Services and the Washington Post. My number-one destination in 2011? Montreal. What an amazing place — and the food! Fantastique!

As the curtain falls on 2011, we want to thank you so much for being a part of our lives. This is the third time we’ve done an end-of-year roundup (here’s 2009 and 2010) and we hope you’ll stick around for many more.

(By the way, this video was shot yesterday in our back yard, and the kids had a lot of fun making it. Happy New Year!)