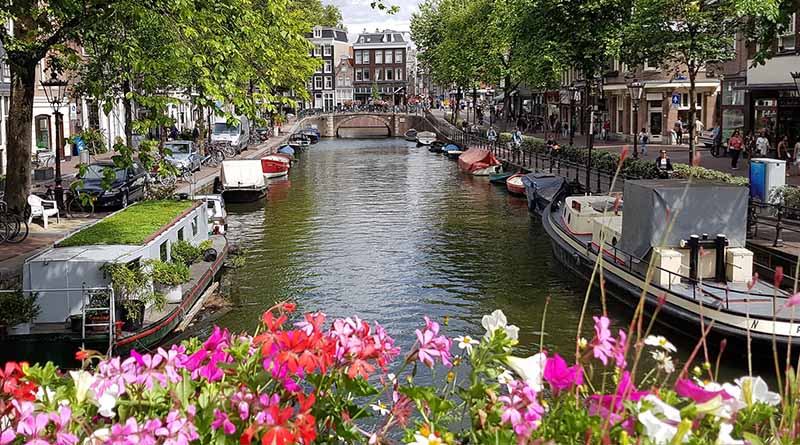 Are Priceline’s Express Deals refundable? Karin Fox thinks they should be after she booked one of the highly restricted rates through the online travel site. And my advocacy team agreed — until we saw her paper trail.

Fox’s case underscores the importance of reading the terms and conditions — how many times can I say this, folks? — before making a purchase. It’s also a case study in accommodating a customer, although it’s unlikely she will see it that way.

Her issue also exposes the limits of our advocacy. If you agree to a restrictive deal and click “I accept” when you’re booking, my advocacy team can’t wave a magic wand and fix it for you.

When this happens, should a Priceline Express Deal be refundable?

When Fox approached our team, she says she was “sick” and “exhausted” after asking Priceline for help with a hotel.

“I’ve spent a million hours spent fighting this issue, I’ve been crying for days, and I might be rambling,” she warned us.

Fox told my team she’d used Priceline’s Express Deals to book a hotel for her and her daughter to Amsterdam.

“It’s the first time we have gone on a real vacation together in about 13 years,” she says. “I am a single mom, she is disabled, and life is hard.

Regular readers are already cringing. She’s playing her hand in the Elliott Deck of Misfortune — a figurative deck of cards that people who want special consideration will use in an effort to get special treatment.

Does she still have a valid case for an Express Deals refund?

My team can look past the Deck of Misfortune, so let’s get on with Fox’s story.

Her daughter, she continued, wanted to “see the flowers in Amsterdam!” So she picked a four-star hotel because she required “a certain level of standards and management to get the disability accommodations that we need.”

Instead of choosing a hotel from Priceline’s inventory, she used its Express Deals option, which offers discounts of up to 60 percent. Here are the terms:

“It looked OK on the outside, ” she says. “The dining room was fine, but then I saw the room pics and started reading reviews and my blood ran cold. It’s totally disability unfriendly!”

Not only is it NOT a four-star hotel, but I can’t bring my daughter there based upon the pics and about 100 recommendations I read on multiple sites.

Tiny twisting stairs to some of the rooms inaccessible by elevator, guests complain of paper-thin walls permitting them to hear neighbor TVs not only late at night and early AM, but also hearing sex very clearly, bathroom noises, talking, and more.

I can tolerate almost any noise, but my daughter cannot!! There is more, a lot more…it doesn’t appear to be professionally managed, because the customer service seems nonexistent. They’re pleasant, but they address nothing.

Can the hotel fix this problem?

Fox initially didn’t ask for a refund. Instead, she circled back to the hotel, requesting that it accommodate her disability.

She says she also asked for larger accommodations in light of her daughter’s condition.

I told [the hotel] that due to my daughter’s disability, we spend a lot more time than typical in the room. She needs to return frequently between outings to decompress. So being in a room not much bigger than the bed would be difficult for her.

She admits she asked for “a few more things,” including an early check-in, but that she received an unacceptable response.

She added, “I want my money back.”

Maybe Express Deals are refundable after all

Despite the card tricks, my advocacy team and I had a lot of sympathy for Fox. Yes, she should have used the regular Priceline hotel booking option so she could have chosen the right hotel, but yes, a hotel on Priceline should make reasonable accommodations to someone with a verified disability. I had no reason to doubt that Fox’s daughter had a disability.

What the paper trail revealed

I reviewed the entire paper trail, which consisted of emails between Fox and Priceline, Fox and the hotel, Fox and our advocates, and internal emails between our advocacy team. It painted a far different picture of this case.

First, Fox’s daughter’s disability is autism. It’s unclear how that affects her mobility, so it’s understandable that people reading her request might have questioned her need to be away from the stairs and near an elevator or to have a larger room.

The trail also shows that far from being unresponsive, the hotel offered a solution:

A representative wrote to Fox, offering the following fix:

The room you have booked, an executive room, does not offer a couch. The rooms that do offer couches are the junior suites, but there is an additional charge of 60EURO extra per night (and these rooms are facing the street).

The hotel is usually fully booked and our check-out time is 12 o’clock. Therefore an early check-in is a bit difficult, but maybe we are lucky and our guests are checkout early in the morning. I have added the requests to your reservation and as I said, I will do my best for you!

Also, a look at the hotel’s reviews reveals that it’s fairly well-liked, considering that it’s in an older, historic building. This isn’t some roach motel dumping distressed inventory online.

Be nice to our advocates

One more thing. I was pretty surprised to see the following exchange:

Michelle (Couch-Friedman): I’m sorry to hear about this… unfortunately, Express Deals are not refundable. These deals are meant to be used by travelers who have a bit of flexibility with what they are willing to accept. The terms of the Express Deals are very restrictive. It sounds like in your situation, with your daughter, you should not be using that feature since you have quite specific requirements based on your daughter’s condition. That being said, if you send me the paper trail between you and Priceline and you and the hotel, I will review it and see if there is anything that can be done on our side.

Fox: Michelle, disability accommodations are the LAW. Federal law. We have used these express deals multiple times, as well as booked hotels on our own, and NEVER had issues, ever. This isn’t a four-star hotel, which we paid for, and it’s not professionally managed.

Every hotel permits people to make requests for certain rooms. Every hotel we’ve ever stayed in makes accommodations for those with disabilities.

I suspect that disability isn’t an area of knowledge for you- is there someone there who might be better tuned in to laws and standards for disability? The requirements aren’t so specific — they’re pretty standardized in the hotel world. If you’re not aware of them, you won’t be able to advocate properly on our behalf.

When you ask for (free) help from the Elliott Advocacy team, this isn’t the most productive attitude. We are both fighting for the same thing — a fair resolution. And accusing Michelle, who has advocated thousands of hotel cases, of being ignorant, is not a great strategy. In fact, Michelle recently took on another somewhat similar Express Deal consumer-mishap and it ended with a goodwill gesture from Priceline:

Express Deals are not refundable for you

After a thorough review of Fox’s case, my team agreed that she should take the 60 euro upgrade offer and enjoy her vacation in Amsterdam. And next time, maybe to use a less opaque booking service.

This problem is also a case study for how to not fix a problem with a company. Keep your requests short and simple. Stick to the facts. And don’t play any cards from the Elliott Deck of Misfortune — no matter how bad a hand you’ve been dealt.