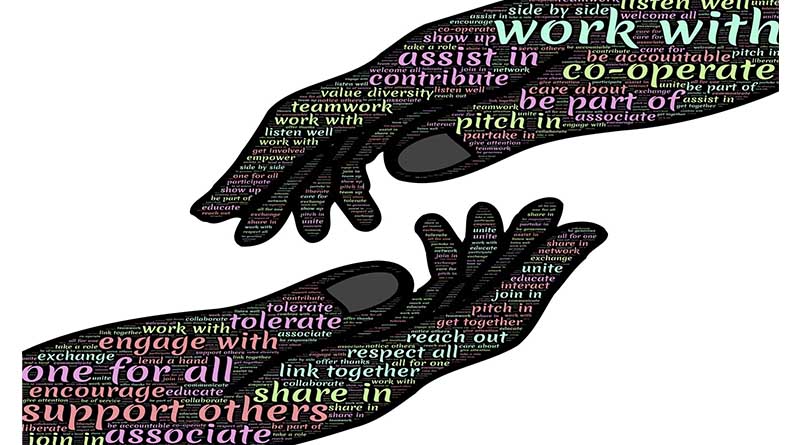 We live in dangerous times. They’re sending mail bombs to journalists. They’re calling us the enemy of the people. And they’re killing us, literally.

I feel like I have a target on my back. I’m not just a reporter and columnist who has worked for almost every mainstream media outlet in the United States (including CNN and the New York Times) but I’m also a consumer advocate (the enemy of American business, according to some).

And now, with midterm elections only a few days away in the United States, I have the audacity to tell you how to vote. (I also have a little incentive for you at the end that will look good on you, so stay tuned for that.)

But my message isn’t political: I would urge you to support this consumer advocacy organization during our fall fundraiser. Because it is dangerous out there. Even so, my advocates and I are not afraid to stand up for your right to a quality product at a fair price. We help anyone, regardless of their political beliefs or the color of their loyalty card. Will you help us?

It’s dangerous out there

If you’ve been following this site for a while, you know that I’m not afraid of anything or anyone. I’ve gotten myself sued, subpoenaed by the federal government, and have been the target of numerous threats.

I will not back down. Neither will my advocates.

That’s because we truly believe in the mission and the cause — to help you.

The truth is, the kind of danger we face is apolitical. My subpoena, which ordered me to name a source (I refused) came while Democrats were in power. The lawsuits, and threats of lawsuits (all unsuccessful) arrive almost constantly. Being a consumer advocate means the dangerous times never end.

I will say, however, that corporate America has never seemed so emboldened as it is now. Companies are behaving as if they can get away with anything. And in some cases, they are.

But the point is, we are fearless. We’ll keep going, defending your right no matter who you are and no matter what the danger to us.

I hope you’ll consider stepping up during our fundraiser. Please add your name to our list of supporters. If you want to know how to vote, there’s your answer.

Tell the world: I won’t back down, either!

One of my favorite help requests comes from the “experts” who find their way over here from some of the loyalty program blogs. They know about the advocacy we do and they’re quick to criticize us for defending everyone, including inexperienced “Ma and Pa Kettle” consumers. These platinum-card elites have called me every name in the book. That’s because I’m a harsh critic of the class system and believe all consumers should be treated fairly and respectfully.

“I disagree with much of what you write,” their emails usually start. “But I need your help.”

And guess what? I do help. They know I will come to the rescue without hesitating.

That’s the kind of organization this is.

I also get a fair number of emails from people who strongly disagree with my positions on other issues, all of which are clearly disclosed on my personal site. They regularly call me a “liberal” and “progressive” (as if those are insults) or, to drive their point home, a “libtard.”

And yet, those same critics also write checks to support our advocacy work. And the reason is simple. Do you care who your doctor voted for? Do you give your accountant or dentist a political litmus test?

No, you want the best.

I can say this with 100 percent certainty: There is no finer team of consumer advocates on the planet than the one you’ll find here. We get the job done.

So, while some might disagree with my pro-consumer journalism, you know the advocacy is there for everyone That’s why I hope you’ll stand with me during our fall fundraiser. That’s how to vote.

In these dangerous times, a simple solution to your consumer problems

I’ve watched with great concern how the current administration has dismantled vital consumer regulations. I’ve seen agencies designed to protect your interestest get turned into forces that now support the very businesses they’re supposed to protect you from.

No question, these are dangerous times for you, the consumer, too. Who will protect you?

That’s the simple proposition I’d like to make. No matter who you vote for in the midterms, or what you believe, the reality is that government watchdogs are being euthanized, leaving a handful of consumer organizations like us to do the important work of protecting you.

This organization has a simple mission statement: to empower consumers to solve their problems and helps those who can’t.

We do it through direct advocacy, journalism on an ad-free website and maintaining the largest database of executive contact information on the Internet.

Like you, we believe you deserve a quality product at a fair price. No more, no less.

But we can’t complete our mission without you. Please consider supporting this site during our fall fundraiser. We have IT bills that are so crazy, they would make the current political climate seem downright sane. Without your assistance, we’ll be put out to pasture along with our old friends at the now-neutered Consumer Financial Protection Bureau.

As our fall fundraiser starts its third week, I’m honored to be giving away vouchers for awesome Bluffworks apparel. If you haven’t checked out Bluffworks yet, you’re missing some of the best travel clothes on the planet.

Bluffworks is one of several brave companies that are not afraid to stand with you, the consumer. I hope you’ll reward them with your business.

By the way, congratulations to Daria Labinsky, Nancye Van Brunt, David Pearlman, and Jerry Flake, who won our Scottevests this week. I’ll be giving away the scrunchies from Pomchies soon. And don’t forget — we have Bluffworks apparel this week!

Thank you for your support. It means the world to my advocates and to me.

Christopher Elliott is the founder of Elliott Advocacy, a 501(c)(3) nonprofit organization that empowers consumers to solve their problems and helps those who can't. He's the author of numerous books on consumer advocacy and writes weekly columns for King Features Syndicate, USA Today, Forbes and the Washington Post. He also publishes Elliott Confidential, a critically acclaimed newsletter about customer service. If you have a consumer problem you can't solve, contact him directly through his advocacy website. You can also follow him on Twitter, Facebook, and LinkedIn, or sign up for his daily newsletter. Read more of Christopher's articles here.
79996