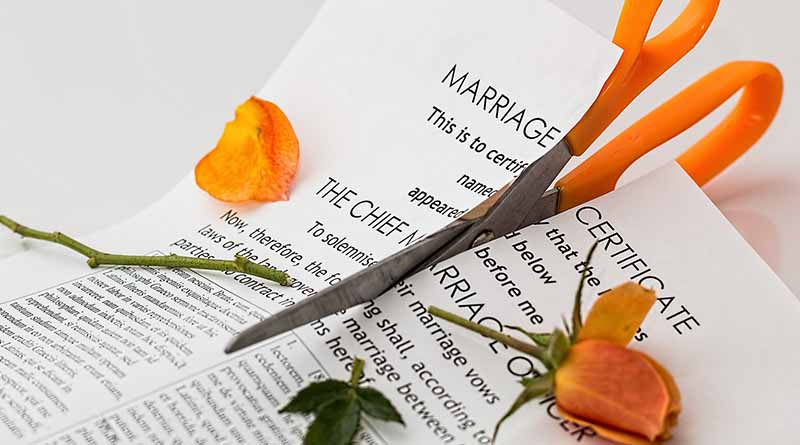 Here’s some divorce advice: It doesn’t have to be painful — or send you into bankruptcy.

At least that’s the consensus of the lawyers and family experts. No need to go all “Kramer vs. Kramer” or “The War of the Roses.”

Your own marriage — if you are married — has a 50 percent chance of ending with the Big D, which means that optimistically, every other reader will need to read this.

Assuming you ignored the expert advice on prenups last week, you’ll probably end up with a little paperwork in dissolving the relationship (here are 7 divorce tips from LegalShield). And that’s a best-case scenario. But experts say the Hollywood image of divorce is out of step with the times. Today, you can split with your partner faster and easier than before.

Here’s my standard disclaimer: I’m no lawyer, and I’m definitely not a relationship expert. But I know a few people who are, and here’s what they say:

Armando Edmiston, a South Florida lawyer, says he sees more “collaborative” divorce cases lately. It’s a more streamlined process for couples because they hire only one lawyer, who acts as an intermediary and works out an agreement on splitting the assets. “If both parties agree then they file for divorce once all the terms have been worked out,” he says. “If the parties fail to work it out then the lawyer they hired is precluded from representing either party in the divorce. This an efficient process that can save time and money.”

“Let’s put it this way,” says Karoline Dehnhard, a family law attorney at the law firm Budd Larner, in Millburn, N.J. “If you needed to have surgery, would you take out your sharpest knife at home and try to remove a cyst?” OK, there’s a visual. The danger in doing it yourself, she says, is that people often do not realize what they are leaving on the table and to which they would otherwise be entitled. “This is especially dangerous for the spouse who does not have access to all of the financial information or was the stay at home spouse tending to the family, not the investment and finance aspect of the marriage,” she adds.

There’s a saying among divorce lawyers — divorce is expensive because it’s worth it. But perhaps it’s worth saying that this isn’t the place to cut corners.

“One of the biggest trends I’ve seen is trying to save money wherever you can during a divorce,” says Jeff White, a legal analyst at FitSmallBusiness.com. Ironically, a divorce doesn’t bring out the big spender in anyone. “It becomes even more troublesome when you consider the struggles of paying for the divorce and going through the process of who gets what and who pays who and how much,” says White. He urges couples to resist the trend unless they have a simple, amicable divorce with no kids or property to fight over.

Do your homework before you file

I spoke with one woman who had just divorced, but who didn’t want me to use her name in a story. She told me about her unpleasant divorce, which involved her hiring an incompetent A-list lawyer, and her ex going with a cheap but aggressive ambulance chaser. The two have been tied up in court for years.

“My advice?” she asked. “Interview no fewer than three lawyers. Look beyond firm affiliation. Not all lawyers within a firm are of equal competence. Reject anyone who downplays or dismisses your concerns, or doesn’t seem to promote your interests assertively.” She calls her due-diligence failure a “catastrophic” mistake. “If I had spent another $5,000 at the time — or had a more assertive lawyer who advised me more proactively — I think that much, if not all, of this legal wrangling, could have been avoided,” she says.

It’s not really over

“If it’s not an amicable divorce and there are children involved you’re most likely going to continue to have major conflicts with your ex for many years to come,” says Kevin Darné, author of “My Cat Won’t Bark! (A Relationship Epiphany).”

“The marriage may legally be over, but you’re forever bonded through your children and unless you plan to be an absentee parent you’re going to see your ex over and over. All the more reason to try to make your split amicable. If you’re paying child support and you remarry, a vindictive ex could petition to increase child support based upon the increase in your household income. “For some divorced people their worst nightmare is knowing their ex is happy somewhere enjoying life,” he says.

Don’t let that be you. A little collaboration, preparation, and hiring a professional, can save you a little trouble. But a prenuptial agreement can probably let you shortcut most of the process.

Christopher Elliott is the founder of Elliott Advocacy, a 501(c)(3) nonprofit organization that empowers consumers to solve their problems and helps those who can't. He's the author of numerous books on consumer advocacy and writes weekly columns for King Features Syndicate, USA Today, Forbes and the Washington Post. He also publishes Elliott Confidential, a critically acclaimed newsletter about customer service. If you have a consumer problem you can't solve, contact him directly through his advocacy website. You can also follow him on Twitter, Facebook, and LinkedIn, or sign up for his daily newsletter. Read more of Christopher's articles here.
78476