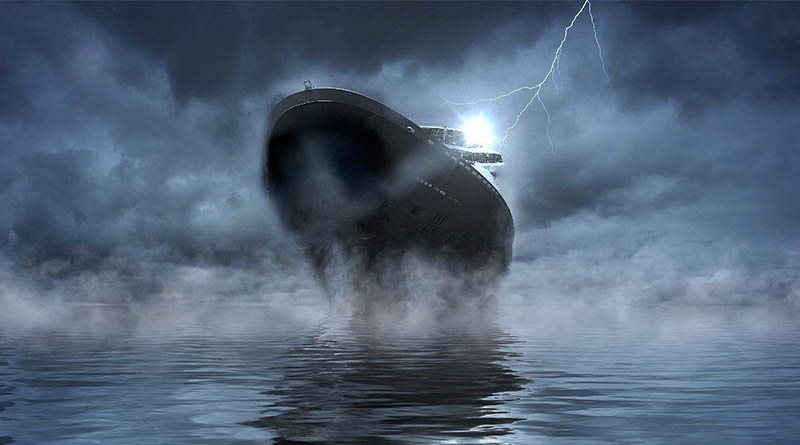 Getting hurt on a cruise can lead to sky-high medical bills, missed adventures and other expenses. Virginia Casady knows. Last year, she suffered a terrible injury aboard the Viking Sun. That injury led to a sudden, premature end to her 120-day, $80,000 round-the-world cruise.

Now nearly 12 months later, Casady wants to know why Trip Mate has only paid $29,000 of her claim. And that’s what the Elliott Advocacy team wants to know as well.

Casady’s story is troubling on many levels. During the past year, the octogenarian should have been focusing on recuperating from her injuries suffered on the cruise. Instead, she spent it locked in a frustrating battle with the company she paid to protect against such unexpected calamities.

Setting off on the Viking Sun for a special mission

Casady and her late husband loved to travel the world together. When he passed away two years ago, she decided that she would take her husband on one last journey.

“I wanted to take his ashes to some of those places we had visited together,” Casady told me. “So I booked a 120-day trip on Viking. At the same time, I insured my cruise with Trip Mate.”

On Jan. 5, Casady boarded the Viking Sun in Los Angeles and began her four-month voyage. From Los Angeles, the vessel sailed west toward Tahiti, and for the next two weeks, all went well.

But then came Jan. 18, and the cruise took an awful turn for Casady.

Rough seas and a sudden injury on the cruise

“While waiting for the elevator, the ship propelled me in the air. We must have hit a white cap,” Casady remembered. “l hit the elevator side and grate. There was blood all over and people walking over me.”

Casady says someone came to her aid and she ended up at the infirmary. There the ship’s doctor took X-rays but found nothing broken.

“They kept telling me to walk,” Casady explained. “But I could not and I looked like someone beat me. So I stayed in my cabin.”

For the next two weeks aboard the Viking Sun, Casady says she was miserable. Her body ached, and she knew something was wrong. But the ship was sailing across the vast open sea — only tiny islands dotted the horizon in any direction. Those islands lacked the type of medical treatment Casady feared she needed.

“The crew took me off the ship (in a wheelchair) while we were in Wellington,” Casady recalled. “There I had X-rays that showed my injuries that the doctor onboard the cruise could not see.”

Now Casady was diagnosed with a broken nose and a fractured pelvis. As a minor pelvic fracture can be treated with bed rest and anti-inflammatory medications, Casady was cleared to return to the cruise. She could recuperate in her cabin.

But on Feb. 9 when the Viking Sun reached Sydney, Casady admitted defeat. She could cruise no further with her injuries. She was in constant pain and needed to leave the cruise.

Casady says she soon flew home and began to file her Trip Mate claim. Her belief that she didn’t have to worry about the loss of the money invested in the cruise took some of the sting out of the fiasco. She had to leave this cruise, but once reimbursed, she could consider planning a do-over.

Casady was wise to purchase that trip insurance policy. Although it came with a rather hefty price tag, the consequences of not purchasing trip insurance, in this case, could have been financially crippling.

Onboard medical care is often astronomically expensive. And as we have pointed out in many prior articles, your regular medical insurance policy will likely not cover you abroad. And so it’s imperative to check your particular circumstances before setting off on an international adventure.

Our advocacy team frequently receives requests for help from “gamblers” who have lost in the should I? Or shouldn’t I? purchase-trip-insurance game.

We can’t help the travelers who find themselves in this predicament. But what we can do is to continue to remind our readers of the adverse consequences of having no trip insurance protection should you be faced with an unexpected injury or illness.

What is trip interruption insurance?

Just like Casady’s cruise, the claim process would not be smooth sailing.

Casady completed all of the required paperwork in March. In July, Trip Mate finally paid all of her medical bills associated with the injuries suffered on the cruise. But Casady was more concerned about the reimbursement for her missed cruise.

Trip interruption insurance can cover a passenger who is hurt on a cruise and is unable to complete the journey. A good policy will calculate the days that the injured passenger missed and repay the cruiser for those lost days.

If I must interrupt my trip and return home early, what expenses are covered?

If you interrupt your trip for a covered reason, you are entitled to receive the following benefits:

1. reimbursement (less any refund paid or payable) for unused land or water travel arrangements; and

2. any Additional Transportation Cost to: a) your final destination; or b) from the place you left the trip to the place you may rejoin the trip.

Although Casady had paid around $80,000 for the cruise, Trip Mate placed a reimbursement cap of approximately $62,000 on her policy. She was aware of that limit but expected to receive the upper value.

She didn’t. Not even close.

How did Trip Mate calculate this trip interruption reimbursement?

In September, Casady received a confusing final statement from Trip Mate and a check for just $29,000. The document contained no explanation as to how the company determined her reimbursement.

Casady contacted Trip Mate in an attempt to make sense of the numbers on the benefit calculation document. No one at Trip Mate was able to explain the fuzzy math. And despite her protestations of the inaccurate number in the primary category “Land/cruise cost,” Trip Mate stood by its figures.

Casady then asked her booking agent at Vacations to Go for help. He also got nowhere with anyone at Trip Mate. And that’s when Casady turned to the Elliott Advocacy team.

When I received Casady’s request, I was also confused by the figures on the Trip Mate document. And when I went into the entire history of her claim, I discovered a problem. No cruise invoice existed there. It was unclear where Trip Mate got its $41,000 figure, but there was a notation that Trip Mate needed the invoice.

Casady told me that her agent at Vacations to Go had assured her that he had forwarded the invoice.

Having advocated another cruise case recently that involved an agent at Vacations to Go who was unable (or unwilling) to help his client, I wondered if there was a similar problem here. Clearly, the documentation in Casady’s Trip Mate record did not include an $83,000 invoice.

I scoured the paper trail between the Vacation to Go agent and Trip Mate. The Vacations to Go agent asked Trip Mate for an explanation of the $41,000 figure on several occasions. He reiterated that he sent an invoice for over $83,000 (including the cost of the Trip Mate insurance). Despite these exchanges, the invoice did not become part of Casady’s Trip Mate record.

Our contacts at Trip Mate are always willing to help when their customers contact us. And I sensed that we could easily get Casady’s case turned around. All facts pointed to a Trip Mate miscalculation.

I reached out to our executive contact at Trip Mate and sent a copy of the $83,000 cruise invoice.

And in a few days, Casady’s year-long aggravation was finally over.

Trip Mate corrected the mistake on its benefits calculator. An additional check for $27,300 is on its way to Casady. And although Casady says that she’s still sore from her cruise injuries, she is thrilled she can start the new year with this fiasco finally over.