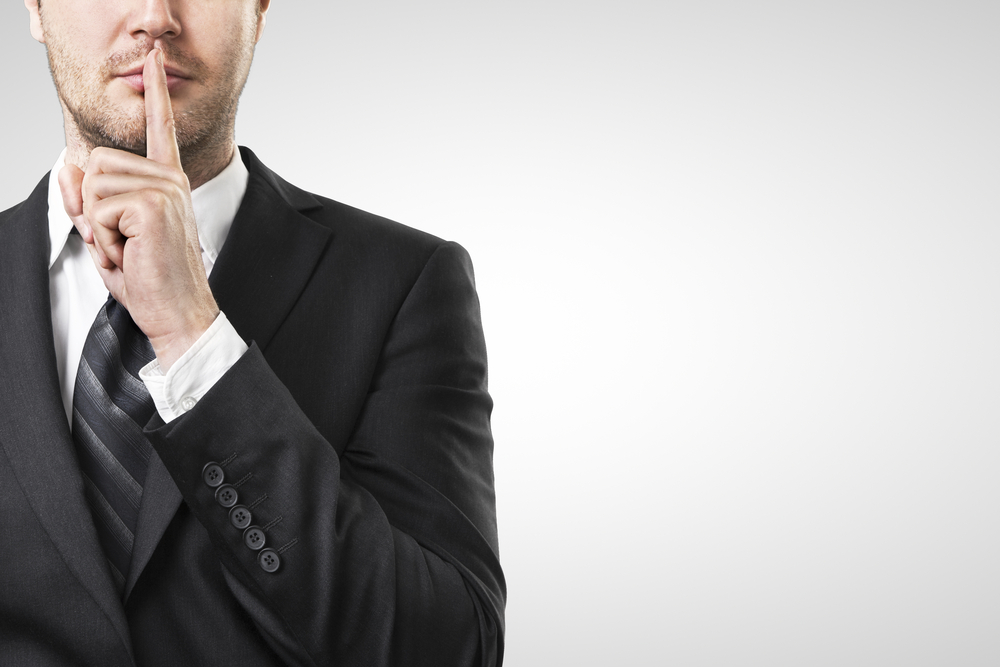 People take swipes at me all the time.

The attacks range from mildly critical (like questioning my “insider” knowledge of a particular industry) to deeply personal (insulting my kids or cats). But the expectation is almost always the same: they want me to retaliate.

They want a fight.

I got one just the other day from an anonymous reader who claimed I’d committed various ethical lapses because I travel with my family. It’s an accusation made by an unknown person that’s unsupportable. It deserved no answer.

So what happens when I give them the silent treatment? Often, they’ll redouble their efforts, underscoring rhetorical assaults on various social media platforms or with letters to my editors. They link to my website. They call me out on Twitter. They tag me on Facebook.

But my public response is the same, and it will always be the same: nothing.

That’s not about to change. I have a firm policy of staying quiet. Still, I thought it might be interesting to talk about the various kinds of attacks I see week after week, the reasons why I don’t react, and what it means for you.

This is the most common criticism. It usually starts with a polite response to one of my stories by a lesser-known blogger. But then it devolves into a post openly inviting commenters to ridicule me and belittle the work I do on behalf of consumers.

Taken alone, these critiques are occasionally valid. It’s true that I’m no industry expert, nor do I aspire to be one. My specialty is advocating for consumers, not understanding the intricacies of, say, yield management systems or airline codesharing agreements.

But to return fire would be pointless. If you read the critical post in the context of the entire blog, then two things become clear. First, there’s zero interest in a constructive dialogue with anyone who represents the consumer. And second, the self-appointed critics who write such things believe knocking a media personality down a notch or two in a public forum would elevate their status.

This relatively new rhetorical offensive starts in a similarly benign way. It suggests the author is about to give me his or her full-throated endorsement, sometimes even leading with a headline like, “Chris got it right!”

But two or three paragraphs into the post, it turns into a takedown. They use silly phrases like, “Even a stopped clock gives the right time twice a day.” No, on second thought they won’t be saying nice things about me after all.

Again, one or two of the points they make are valid. I’m not a travel agent, obviously. I don’t spend my days poring over loyalty program agreements or digging up the very best affinity cards that will pay me a generous referral fee.

I advocate for customers. Full stop.

So why don’t I fight back? To understand the reason, you have to look at these criticisms in context. Consider the reader comments generated by the attack. Is this the start of a productive discussion, or are they just piling on with ridiculous comments like, “This is just another nail in Chris’ coffin”?

Whose cause are these critics really helping?

The answer is clear: they’re usually not interested in consumers, but in a very small subset of elite-level customers and industry “hackers.” They are building themselves up by tearing someone else down. To answer would be to feed their morally questionable ambitions.

Their goals would be far better served by taking issue with some of the ideas I write about. I suspect that may be difficult, since I advocate for fair and equal treatment of all, not just the people with platinum cards. I haven’t heard a persuasive argument against that yet, and I suspect there is none.

Now this is the kind of attack I almost prefer. It’s usually generated through social media and most commonly on Twitter. There’s the call out to @elliottdotorg along with an epithet, referring to me as an “idiot” or worse. Can’t publish many of the names I’ve been called.

Comments like those are normally an angry reaction to an article I’ve written. Maybe I’ve suggested that the class system used by airlines is unfair or that the government should be regulating a particular industry. Or perhaps I’ve leveled some criticism at a beloved cruise line for allegedly mistreating its customers.

Well, here’s what happens. First, I unfriend and block the person. Then I add the name to my infamous blacklist, ensuring the critic will never be mentioned in one of my stories again. I’ve got quite a list going.

Bottom line? No one is perfect. Often, I advocate for a deserving customer, but not always. Many of my stories get it right, and a few of them get it wrong.

When I screw up, I expect criticism. I count on it. But I also think I have the right to know the identity of my accuser. And I think I’m allowed to insist the criticism is civil.

When it isn’t, I respond according to my conscience. I could jump into the mud with those who want to become embroiled in an unwinnable argument. Or I could take the high road, engaging with the critics who take issue with my ideas and conclusions, and who treat me with the same dignity and respect I give them.

More importantly, there’s also the time factor. Do you want me battling the B-list bloggers and anonymous critics who feel threatened by my advocacy work, or do you want me to fight for you, the consumer?

There’s a lesson for all of us. If you and I don’t set the ground rules for a polite discourse, our society will become the kind of place in which we don’t want to live. The person with the loudest voice will win every argument, not the one with the best ideas.

I don’t expect everyone will agree with this zero-tolerance policy toward people who want to pick a fight, and that’s fine. I’d rather have a few polite comments at the end of this post than a hundred offensive ones.

If that means I’m destined to live out the rest of my days as an obscure consumer advocate, so be it.

At least I’ve done my part to uphold civilization. Will you, too?