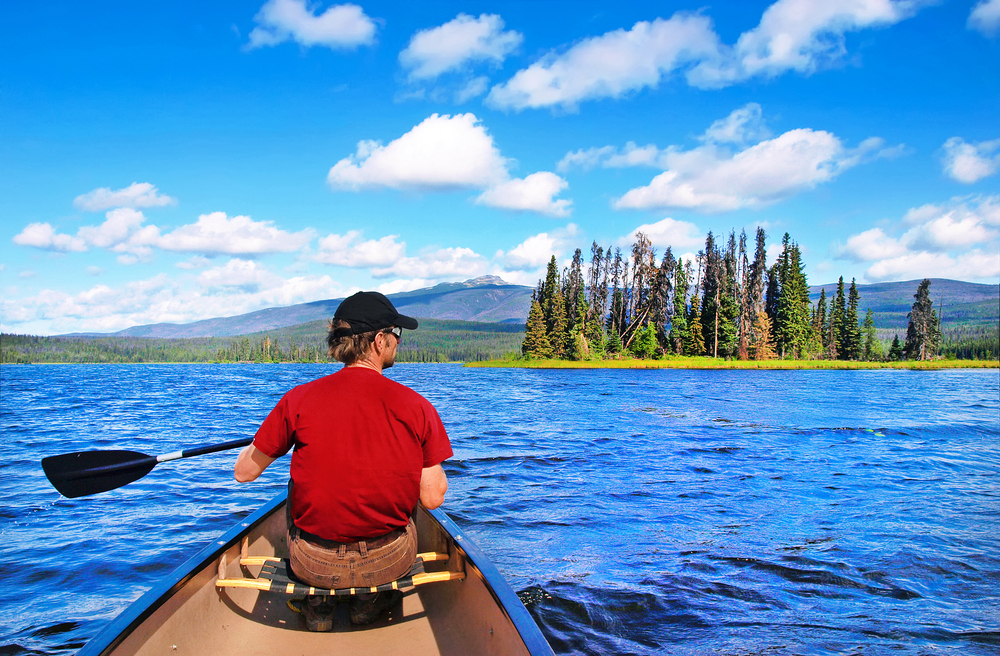 I wish someone had told me that when I was 22 and starting my career as a consumer advocate.

Just go. Take a gap year. Follow your passion. Have an adventure.

I had my opportunity. A scrappy travel magazine offered me a summer internship after I graduated. Not a typical summer job. When I landed in Juneau, I’d be issued a backpack, a tent, and a laptop computer. My assignment: To find and report human interest stories in remote Alaskan fishing villages.

I turned down the job in favor of a safer gig at a financial newswire. Sadly, the magazine folded a few years later.

I regretted the summer I never was able to spend exploring the last frontier. Looking back, I would’ve told my 22-year-old self: “Go for it. What do you have to lose?”

But opportunity came knocking again a few years later, on a mid-career academic scholarship. I found myself in post-Cold War Germany with the unexpected security of a regular stipend, subsidized housing, and inexpensive transportation.

I could have traveled anywhere — to Spain, Norway or Russia. Instead, I stayed in Frankfurt most of the year.

It was still a good year, but it could’ve been so much better. If only I’d looked adventure squarely in the eye and said, “I accept the challenge.”

But it wasn’t until I became a consumer advocate specializing in travel cases that my regret deepened. That’s when I began fielding questions from readers who had made the same mistakes I had, but on a bigger scale and with longer-lasting consequences. These were the hard-working folks who, like me, yearned to travel, but postponed their trips for too long.

They needed a sure thing. Instead of taking a gap year, they found employment. They married and had kids and vacationed infrequently. They saved for retirement, hoping to maybe embrace the nomadic lifestyle after they collected their safe pension checks.

Many of them successfully spent their golden years crisscrossing America in an RV or sailing around the world.

But for some, it was too late. They’d run down the clock. They were no longer able to hike into the Grand Canyon, or spend an afternoon strolling through Paris, or swim in the surf in Maui. They were in walkers and wheelchairs.

Immobilized by chronic illness, they spent what should’ve been their traveling years in rest homes, waiting for the end.

And I know, because they turned to me for help with a refund on that nonrefundable airline ticket or for a do-over on that dream cruise, even when they weren’t insured.

That’s one of the reasons I gave up my safe job as a syndicated radio host several years ago, turned my back on a column at a prestigious newspaper, and told my family: “No more waiting. Let’s go now.”

Travel enriches you. It enlightens you. Travel makes you a better person.

I wanted my children to be better people. I wanted to be a better person, too.

So if I could talk to my 22-year-old self, I would say, “Chris, get lost. Go to Alaska. See where that takes you.”

I’d say, “If you’re ever in Europe for a year, get out and explore. Be a gypsy. Meet new people. Learn a couple of languages.”

By the way, I finally took my own advice. For the last five years I’ve been on an open-ended trip around the world with my family. I went all in, taking my children out of school and enrolling them in a virtual education program. I downsized my earthly possessions and packed everything into a suitcase.

It’s been an incredible experience. And I know the best is yet to come.