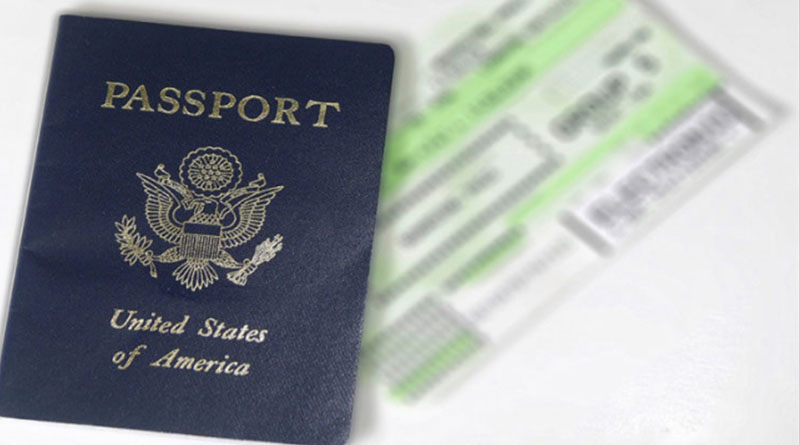 Donald Kushner made a ticketing error while self-booking a flight on Czech Airlines. Then he found out the “absurd fee” that the airline expects him to pay to correct it. Now he wants to know if he should just take his chances and try to use the ticket as is.

Kushner’s case points to a basic unawareness of the high fees that most airlines charge to change a name post-purchase —  if it is even possible. And how one small mistake could snowball into a colossal problem if not corrected.

A ticketing error of his own making

“I accidentally input Kushdner on my ticket,” Kushner told me. “Czech Airlines said they can’t guarantee that I will not have a problem at the check-in counter in Budapest when they see the name in my passport is not the same as the name on the reservation. However, for an additional $28, they can change the name — which I think is an absurd fee to fix my small ticketing error.”

Further, he wanted to know what I thought of his idea of avoiding the fee by simply ignoring the problem and showing up for his trip with the misspelled name on his ticket.

I cut right to the chase with Kushner: It’s a very bad idea.

And frankly, Kushner puzzled me with his unwillingness to pay the $28 to correct his own mistake and alleviate this worry.

After all, as a reader of our site, surely he has seen some of the unfortunate stories of travelers with misspelled names on their tickets.

Ask Gary Palmer if he thinks that a $28 correction fee is absurd. Air Canada charged Palmer $400 because of a one-letter discrepancy with his name on his ticket.

Seemingly undeterred by my initial bluntness, Kushner continued to press me for validation that his plan could work.

Why take the risk?

Yes, it could work, but why risk it? The likelihood is that it will not work. International travel requires specific documentation which will be scrutinized at the airport. It is a universal requirement that your ticket must match your ID exactly, not almost.

And this $28 is a tiny fraction of the name-change fees that most airlines will charge for your own ticketing error. In fact, some tickets aren’t changeable at all. If you make a mistake with your name, you’re out of luck.

We receive similar complaints every week. Typically, the airlines require the passenger to cancel their ticket and rebook. To do this, the traveler must pay the change fee and any increase in the fare. This chain of events typically ends up costing hundreds and sometimes thousands of dollars.

Will an airline ever correct your ticketing error without penalty?

It’s critical to review your ticket carefully within the first 24 hours after purchase. For most airlines, this is the time frame that you can cancel and correct your mistake without penalty.

Perhaps, if Kushner read Sharon Mixon’s tale of an expensive spelling mistake on a self-booked ticket, he would see the light. Her mistake cost $1,300 to correct.

The complaints that we receive from the travelers who have shown up at that airport with mismatched tickets and passports have the most expensive consequences. Sometimes, they have been able to correct the problem at the counter if they arrived at the airport with plenty of time to spare (and extra money to spend).

And other times, these would-be travelers are denied boarding and the ability to change the ticket. In those cases, if space is available, the passenger can buy a new flight at a walk-up rate — a costly option.

That type of expense will make $28 look like a drop in a bucket.

Pay the $28 to correct this ticket error!

So the most expensive outcome of Kushner’s idea is that he could be denied travel entirely. If that happens, he could lose the prepaid hotels, onward flights, and any other plans that he had looked forward to on this trip with his wife.

If this scenario should come to pass, I assume that the “Mrs.” will not be very pleased with Kushner’s decision to forgo the payment to correct his own mistake. I can only imagine the conversation on the car ride home from their missed vacation.

Fortunately, Kushner can avoid this possibility because of Czech Airlines’ consumer-friendly willingness to fix his ticketing error for a minor fee. Kudos to Czech Airlines!

I did not hear back from Kushner after I explained all of this to him. Hopefully, he took my advice and paid the $28. It is the lowest name correction fee we have encountered, and it is money well-spent to ensure that he won’t be denied boarding because of one errant letter on his ticket.