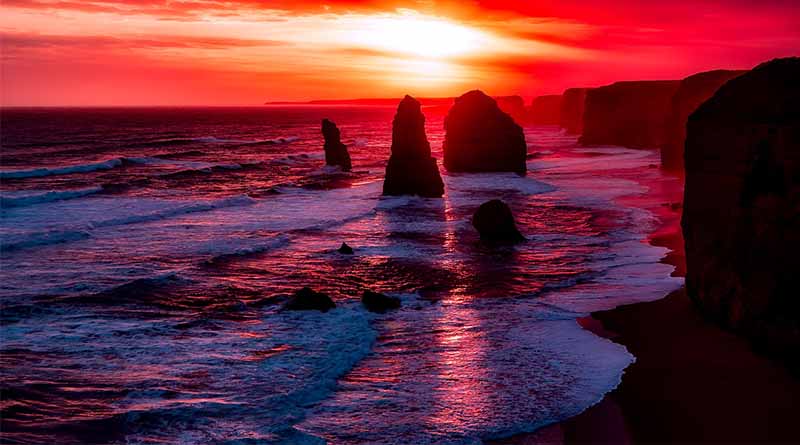 When United Airlines cancels part of Brian Ostenso’s flight to Australia, he quickly responds with a request for a refund. But then, just as swiftly, the airline sends him a $6,824 future flight credit for the entire trip.

Ostenso doesn’t want a future flight credit. He wants a refund for the entire flight that United Airlines canceled. And he wants the Elliott Advocacy team to help him get it. But can we? (reprint)

This tale is yet another example of how the airlines are trying to avoid providing refunds during the coronavirus crisis. To be clear: If United Airlines — or any airline — cancels part of your itinerary, it owes you a refund. Unfortunately, the carriers seem to be hoping you don’t know this.

Heading to Australia — until the coronavirus makes it impossible

Last March, Ostenso was looking forward to his journey to Australia that would transit through New Zealand.

“I was scheduled to leave on March 22,” Ostenso recalled. “Even days before, everything seemed on track for the trip.”

Although there were some indications that coronavirus might disrupt his trip, Ostenso was ready to go.

But then he received an alert from the airline. United Airlines had canceled part of his flight to Australia.

Cancelled: Your flight UA917 from SFO to AKL because of an unexpected operational issue. We’re sorry for the cancellation and are working to get you on your way.

United Airlines canceled one part of the flight

United Airlines had canceled the long-haul part of Ostenso’s flight to Australia, San Francisco to Auckland. Without that portion of the itinerary, there was no reason for the rest of the trip.

Ostenso was disappointed that the coronavirus had put the brakes on his plans. But he assumed he’d qualify for a full refund for the entire itinerary. After all, United Airlines had canceled the primary part of the flight. That flight cancellation made it impossible to get to his destination.

But when Ostenso called United Airlines to request the refund, he got a surprise.

United Airlines: Your only option is future flight credit

Ostenso’s call to United Airlines did not go as planned.

Obviously, if you’re flying from the United States to Australia, the most crucial leg of that journey is the one that takes you across the Pacific Ocean. Unfortunately, United Airlines canceled that critical part of Ostenso’s flight itinerary. That left a gaping hole in his travel plans and he just wanted a refund. He explained all of that to the United Airlines agent.

“She told me that United Airlines policy in this circumstance was to issue a future flight credit,” Ostenso told me. “This representative told me that I had no other option.”

This statement certainly was not true. The Department of Transportation requires airlines to refund passengers if the airline cancels their flight. However, during the coronavirus crisis, we know that airlines have not been making these refunds easy to obtain.

Realizing he had hit a roadblock with this United Airlines agent, Ostenso ended the call. He soon received an unusual email from the airline as a follow-up.

When Ostenso opened the latest email from United Airlines concerning the partially canceled flight, he was astonished.

There was the announcement of the flight credit — and an unusual statement from United Airlines.

We see that you recently cancelled a flight with United. We wanted to let you know about a few changes to the way you can apply the value of your ticket to your future travel.

Your unused tickets are now valid for up to 24 months from the date of ticket issuance, so you’ll have more time to decide how best to apply the credit to fly with us in the future. Because your original travel dates fell within our waiver period, you won’t need to pay any change fees to rebook your travel, and you’ll be able to apply the full value of your unused ticket toward a future flight. You don’t need to take any action now — your credit has been automatically extended. If your original flight was significantly impacted by a United schedule change, you may be eligible for a refund in lieu of the credit. If you’re interested in exploring this option, please visit united.com/refunds.

We look forward to seeing you onboard again in the future and extend our best wishes to you in these extraordinary times. (United Airlines to Ostenso)

I didn’t cancel any part of this flight, United Airlines did!

He decided to try again. Ostenso requested a refund through the link in the email from United Airlines. Soon he received yet another strange response from the airline. This message announced a refund, but it bent the definition of a refund beyond bounds.

Hey United Airlines: I don’t think refund means what you think it does

We’re glad we were able to help you with your refund!

The Electronic Travel Certificate may be used for future travel on United – and United Express®-operated flights, and it must be redeemed by the expiration date using the PIN number provided below. As the original recipient of the certificate, you can arrange travel for another person as long as you don’t sell it or make a barter arrangement in exchange. Please visit united.com or call 1-800-UNITED1 for booking information. You can also stop by one of our worldwide offices listed here: https://www.united.com/web/en-US/content/contact/reservations/default.aspx.

Ostenso had reached the end of his patience. He was about to give up when he read an article in his local paper. Christopher’s report on the topic made it clear that if an airline cancels your flight — or any part of your itinerary — it owes you a refund.

And that’s when Ostenso decided to ask the Elliott Advocacy team to convince United Airlines of the same.

Since the coronavirus began pounding the travel industry with mass cancellations, thousands of pleas for help have hit our team. And we’ve seen a surprising turn of events. In these unusual times, many companies are deploying unusual tactics aimed at dodging required refund payments.

Ostenso’s problem, while not atypical, had been going on for several months by the time he reached our helpline. I quickly read through his paper trail. The blocks he hit on multiple levels as he tried to obtain the refund the airline owed him were maddening.

He had struggled long enough.

It was time to get an answer from United Airlines and find out what went wrong here.

The Good News: United Airlines is giving you a real refund for the flight it canceled

I sent Ostenso’s case over to our contact at United Airlines. Why hadn’t the airline offered him a cash refund for his canceled flight?

For some reason, the United Airlines agent did not give him the option of a refund. Instead, he received an announcement of a travel certificate. Brian purchased his tickets directly through United. And United Airlines canceled the flight, so he is owed a refund for this ticket. I’m not sure what happened here. Could you ask your team to take a look and see if we can get his refund processed?

Thank you! (Michelle to United Airlines)

And within days, Ostenso’s battle for his refund from United Airlines ended in a victory. I received an email that confirmed the carrier processed the $6,824 refund back to Ostenso’s credit card. He couldn’t be more relieved.