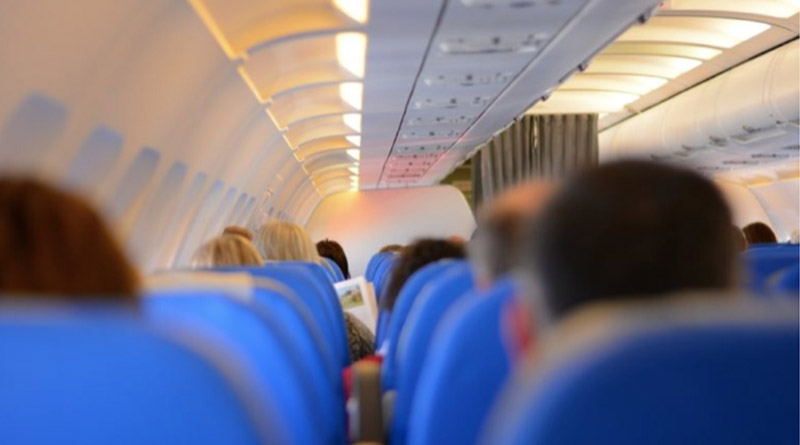 When Mai Le contacted the Elliott Advocacy team concerning her recent “near-fatal’ in-flight injury on Hawaiian Airlines, we were surprised to hear that the airline appeared to be unsympathetic to her plight. I suspected there was more to the story. That was a correct assumption.

Le’s troubles began last year aboard a long-haul flight from Hawaii to Sydney.

“I suffered a near-fatal in-flight injury on Hawaiian Airlines and the staff could not give a [email protected]#$!!,” Le told me. “A curtain rod fell on my knee and when I requested the flight attendant to stop attaching the rod she refused to listen. This beam could have easily fallen on my head or my mother’s head as she was sitting right under the rod. I would like compensation under the Montreal Convention for my in-flight injuries.”

Let’s pause Le’s story for just a moment to explore the regulation that she is referencing.

Under Article 17 of the Montreal Convention,  Death and Injury of Passengers:

The carrier is liable for damage sustained in the case of death or bodily injury of a passenger upon condition only that the accident which caused the death or injury took place on board the aircraft or in the course of any of the operations of embarking or disembarking.

Further, under the terms of Article 21, a passenger is entitled to a maximum of 100,000 Special Drawing Rights if they have a documented in-flight injury or have been injured while boarding or disembarking from an aircraft.

But back to Le’s case.

When I read through the paper trail, I noticed that the airline had repeatedly asked Le for her medical records concerning this incident. But Le had not included any.

Bracing myself to be confronted with what I presumed would be gruesome reports and photos of the in-flight injury that almost ended her life, I asked Le to forward her medical report.

And here is where the story goes south.

Le’s medical records consisted of one brief paragraph from her doctor, dated the day after her flight.

“As I was very busy (Ms. Le) had to wait almost one hour to see me,” the doctor wrote. “On examination, there was a 3.5cm tender ridge over the upper patella (kneecap).”

The included X-ray summary noted that there were no abnormalities and, “The patella is normal.”

A misunderstanding of the Montreal Convention

Now  Le’s claim of her near death on that flight was thoroughly baffling. I asked Le if this was the extent of her injuries and medical reports.

“I realize the medical report states my knee has no physical injury,” she told me. “But I was still very much inconvenienced for weeks in pain while going to work. And I did all the right things and Hawaiian Airlines refuses to pay despite this being a requirement under the Montreal Convention.”

This is a thorough misunderstanding of the Montreal Convention. This regulation does not require an airline to make a 100,000 SDR payment simply because a passenger makes an in-flight injury claim.

There must be proof of an injury. And the 100,000 SDR is a maximum award, not a standard payment.

For its part, Hawaiian Airlines did not ignore Le’s complaint. In the paperwork that she forwarded, the airline responded to her requests each time by asking her to send her medical bills and reports for review.

Not feeling that her case was getting a proper response from Hawaiian Airlines, Le made a complaint with the Federal Aviation Administration. The FAA completed an investigation and forwarded its findings to Le. That report notes that:

The FAA’s Flight Standards Service has completed their review of your concerns regarding a curtain rod which fell on you on Hawaiian Airlines flight 451 on April 27, 2016. The investigation could not substantiate a violation of an FAA regulation or Order. Additionally, the investigation determined a low safety risk of a curtain rod falling on the heads of future passengers as there are no known issues of reports of other falling curtain rods onboard Airbus A-330 aircraft.

Unfortunately, for Le, this case does not appear to have merit. I’m sorry to hear that a curtain rod fell onto her knee — but it clearly was not a “near-fatal” in-flight injury — in fact, her own documents point to a minor injury. And so I can’t support her pursuit of a $100,000 payment.

40 thoughts on “Did an in-flight injury really nearly kill her?”