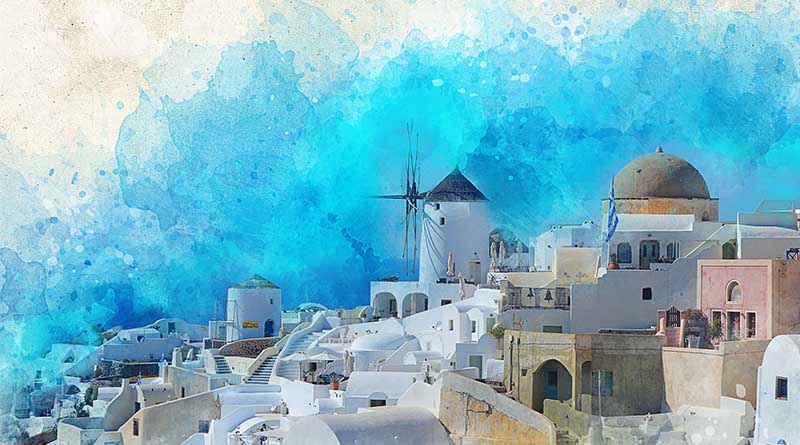 With nearly $5,000 at stake, Gatchalian wants to know if United Airlines can really arbitrarily put her family on another airline and then refuse to assist further.

The airline shenanigans continue. This tale is another example of an airline putting its bottom line before its passengers during the coronavirus pandemic. United Airlines hoped the Gatchalians didn’t know the regulations that protect travelers when an airline cancels a flight. Unfortunately for United, Gatchalian is a regular reader of this site — and she knew.

Hoping to be on our way to Greece to celebrate

Early this year, the Gatchalians asked their daughter Kristin if she would like to celebrate her Sweet 16 with a big party or a special family vacation. If she chose option number two, she could also invite a friend. Kristin mulled it over and soon decided on a summer adventure.

“We thought it would be a great way to celebrate Kristin’s birthday,” Gatchalian recalled. “She was sold on the idea when we told her that she could bring Amelie.”

Full disclosure: Kristin is one of my youngest daughter’s best friends. So Amelie was soon included in the family vacation. The group excitedly made all the arrangements to visit Athens and Santorini. And for the next several months the girls busied themselves with planning their wardrobe and activities for their big trip.

Then came March — and the coronavirus entered the picture. That’s when a dark cloud began to roll over the girls’ hopes for the summer trip to Greece. United Airlines had not canceled the nonstop flight from Newark to Athens — yet. But with each passing day, it seemed more unlikely that the trip would happen.

United Airlines: Have your plans changed? Do you want to cancel your flight?

In April, United Airlines sent an email to the family asking if their plans had changed. If so, the message went on to say, they could cancel their United Airlines flight without penalty. The group would receive a future flight credit, good for two years.

The communication didn’t mention whether the coronavirus would cause United Airlines to cancel the flight, or if it already had canceled. But the email certainly read as if the airline was providing a unique opportunity for the family.

United Airlines’ email didn’t surprise Gatchalian. She had already read several articles on the Elliott Advocacy site, warning travelers against canceling flights too soon. In fact, she had been expecting this form letter, which meant to entice passengers into canceling their flights before the pandemic forced United Airlines to do so.

Gatchalian wasn’t going to fall for it. Besides, she still hoped the coronavirus might recede by July. There was still a chance they might soon be relaxing on the beach in Greece, celebrating Kristin’s Sweet 16.

Gatchalian disregarded United’s attempt to get her to cancel the flight. But it seems that the airline had one more trick up its sleeve.

As our founder Christopher Elliott reported recently in the Washington Post, some travel began to resume in mid-May  — although with anxiety. The girls started to be a bit optimistic that the trip was still on.

But it wasn’t to be.

“Michelle, I just signed into our United Airlines account, and it looks like the airline canceled our flight,” Gatchalian told me. “But it says modified (not canceled), and United Airlines seems to have put us on another airline — Lufthansa. Can they do that?”

When I looked at the new flight, it bore no resemblance to the original itinerary the family had booked. Now, instead of a 9-hour nonstop flight from Newark to Athens, United Airlines had put them on a Lufthansa flight. That itinerary had a connection in Germany and added over 7 hours of traveling time. Not exactly what the family had in mind for their summer vacation to Greece.

Trying to cancel and request a refund

The Gatchalians made a decision: Greece was not in their future for this summer. But now a different dilemma faced them. United Airlines provided no way to reject the new flight on Lufthansa. In fact, when Gatchalian tried to cancel and request a refund, she found no tool in her account to do so.

The message said that if she wanted to cancel, she would need to contact her carrier. Her carrier was United Airlines — but the information in her account now indicated that Lufthansa was their carrier. This, even though the Gatchalians had never had any contract or agreement with Lufthansa. And unfortunately, our team knows that more and more European airlines are opting only to provide vouchers during the coronavirus crisis. This is true even when the airline cancels the passenger’s flight.

In fact, many European countries have even enacted temporary regulations that allow for this practice. So I knew the Gatchalians needed to be able to fix this problem with United Airlines — not Lufthansa.

It was time to find out from United Airlines what was going on here.

I reached out to our contact at United Airlines to find out how the airline unilaterally put this family on another airline and then seemed to reject all responsibility.

I have another strange United Airlines case here. Aris Gatchalian had a nonstop flight scheduled on United for July 8 from Newark to Athens. United Airlines has now changed the itinerary to a connecting flight on Lufthansa through Germany. The family does not want this new flight, which is quite inconvenient and adds at least 7 hours to their journey one way. They’ve called United to reject this new itinerary and request a refund, and they keep being sent on an endless loop through chatbots and links on your site.

They gave me all their login credentials, and I tried to get the refund processed. There are absolutely no mechanisms that allow for a refund request for this itinerary. The buttons are inoperable — except for the one that says that they must contact Lufthansa to request the cancellation and refund. As you can imagine, the family is a bit aggravated since this reservation had nothing to do with Lufthansa. That is until United Airlines unilaterally canceled their United flight and transferred them to this other itinerary on another carrier.

I’ve now been on a chat hold for an hour hour trying to get their refund processed, and the message that keeps refreshing is, “we’re sorry your request is taking longer than expected.” I’ve also called United and been sent to a refund form that does not work since it seems that now United has transferred the ticket to Lufthansa. Can you help? (Michelle to United Airlines)

And within hours came the good news: Our executive contact at United Airlines confirmed that it would process a full refund.

If United Airlines (or any airline) cancels your flight and puts you on another airline, here’s what to do