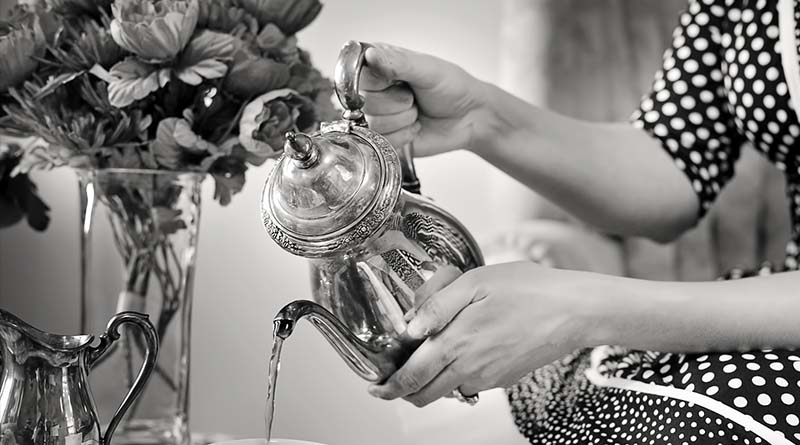 The Beijing Tea House Scam is one of the most well-known tourist traps around the Forbidden City. Unfortunately, Lawrence Andrews hadn’t heard of it until he had already become a $4,700 victim.

Is there any way to retrieve his lost money?

This case is another example of the corporate wall of resistance that consumers often hit during their self-advocacy attempts. Finding a sympathetic ear that can review the common-sense aspects of the case can sometimes become an insurmountable challenge. And as this story will highlight, that’s the fundamental reason Elliott Advocacy exists.

Getting caught in the Beijing Tea House Scam

“While visiting the Forbidden City, I went to the Da Shan Qing Tea House — a local, unimpressive place,” Andrews recalled. “Later, I discovered this tea house charged my American Express card a total of $4,704. Although American Express assured me that it would defend me against this fraud, it didn’t. I need help!”

If you are unfamiliar with the Beijing Tea House Scam, I invite you to watch this video:

Starting at the 3:34 mark, you can see the mechanisms of the Beijing tea house scam in action.

What typically happens is a friendly “fellow tourist” strikes up a conversation with their intended victim. This scammer, who is often an attractive young woman, has been sent out to hunt for unsuspecting visitors to the area and draw them into a local tea house.

Once inside the restaurant, the victim is seated in a private room and prices are purposely omitted from the conversation. Soon a hostess brings light snacks and a variety of teas to sample. In the end, the victim discovers that none of this was done as a friendly overture. The cost of the visit is typically hundreds of dollars for some inexpensive refreshments.

During Andrews’ short visit to Da Shan Qing Tea House, he enjoyed some food and tried a few teas.

As he was preparing to leave, the hostess handed him a bill. He estimates that it converted to around $250. But just before he left another hostess presented him with an additional check. Becoming increasingly suspicious as to what was going on, he signed the second receipt and asked for a copy of both.

“These ladies said they were unable to give me copies,” Andrews reported. “Then I knew something was wrong and that I had stumbled into a tourist trap.”

Andrews headed back to his hotel and immediately called American Express. Although he knew at that point that something was wrong with this tea house, he didn’t know the full extent of the scam until days later.

During his call to American Express just minutes after leaving the Da Shan Qing Tea House, Andrews says that the Amex representative reassured him. He told Andrews that the company would defend him against any fraud.

A month later, he received word that he lost his American Express dispute. He appealed the case and lost the appeal as well.

That’s when he contacted the Elliott Advocacy team.

There is no way a person could run up a tab of $4,700 at this place. This is a fraudulent merchant. This charge is a scam. But after an investigation on July 27, I officially lost my American Express dispute and the appeal. The $4,700 reappeared on my statement. Is there anything you can do to help?

As I read through Andrews’ paper trail, I noted the similarities between his experience and that of Simon Khin. If you are a regular reader of this site, you might recall Khin’s unfortunate plight. (Will his failed Capital One chargeback end in a $4,800 loss?)

Khin had visited a coffee plantation in Bali and purchased a $48 souvenir coffee tin. That merchant charged Khin $4,800 after he had flown home.

Khin initially lost his chargeback dispute and appeal and reached out to us for help. When I read through his paper trail, it seemed that no one at Capital One had taken a look at the facts of the case. Khin had not purchased $5,000 of coffee at a small gift shop in Bali. But the merchant sent a signed copy of a receipt which seemed to have extra zeros squeezed in post-signing.

Eventually, I found an executive at Capital One who was willing to examine the evidence. Khin got his money back and the bank put that merchant on notice.

I hoped for the same resolution for Andrews.

To get started on this case, I searched for the Da Shan Qing Tea House on the internet. And the news wasn’t good. This place seems to be identified as the poster child for the Beijing Tea House Scam. Disgruntled victims of this tourist trap have even taken revenge and painted over their storefront with the words “thieves” and posted the photo.

On TripAdvisor, I found another review of the Da Shan Qing Tea House from another unhappy “customer.” And I found more angry victims of the Beijing Tea House Scam on other sites with mentions of this particular tea house.

After taking a look at all this information, there was no question in my mind that American Express should permanently reverse this charge.

Certainly, the banking giant should want to know if one of its approved merchants might be conducting a scam. And based on the internet footprint of this establishment, it might be prudent to reconsider its standing with Amex. After all, if this is a fraudulent charge, this merchant used American Express as a conduit for its nefarious plan.

Andrews’ American Express dispute had been particularly frustrating since various representatives had reassured him that he wouldn’t be responsible for the charge. Phone representatives seemed to understand the outrageous nature of this $4,700 bill.

So why did Andrews initially lose his American Express dispute? I was as puzzled as Andrews.

The Fair Credit Billing Act protects consumers against many types of credit card “billing errors.” One of those types of errors is unauthorized charges. This was the basis of Andrews’ American Express dispute. He did not authorize the Da Shan Qing Tea House to charge his card $4,700.

In Andrews’ case, the Da Shan Qing Tea House produced the two receipts that Andrews signed. Although it did not show any evidence as to how Andrews ran up a sky-high bill at their small establishment, Amex sided with the tea house.

And here’s where common sense could have resolved this problem months ago. If someone had actually taken a look at all of the evidence and not just the signed receipts, the case should have gone in Andrews’ favor.

But Andrews didn’t give up. He kept calling American Express and then eventually contacted Elliott Advocacy.

As I typically do, I built a case around the evidence and presented it to American Express. That evidence also included a phone call that Andrews had recorded from an American Express representative who assured Andrews he wouldn’t be responsible for the $4,700.

And that did the trick. Andrews soon received his $4,700 refund. He’s pleased with the outcome, and hopes his story will serve as a warning to travelers everywhere — don’t sign receipts unless you know what you’re signing. And, I would add one more piece of advice: If a merchant refuses to give you a copy of what you just signed, take a photo of it. You might need it later.